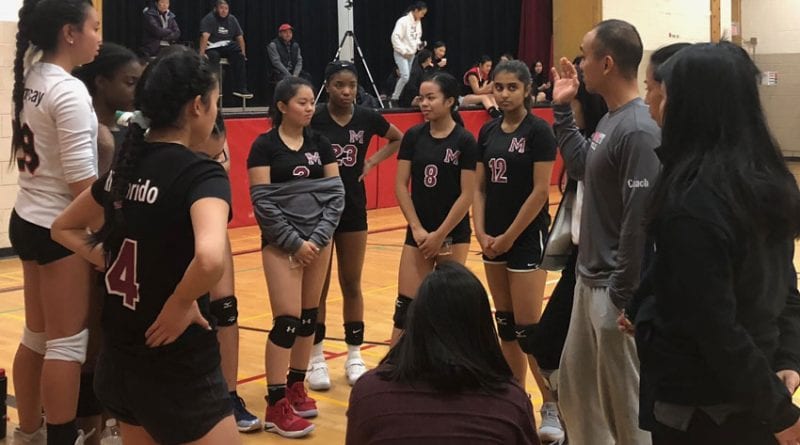 It’s been a strong showing for the defending champs thus far. Bringing back a nearly identical squad, the Father McGivney Magic are setting themselves up nicely to try and defend their York Region Athletic Association (YRAA) title from 2018.

The senior girls volleyball team is focused on winning another championship this season.

“It’s a lot of pressure I guess, on the Grade 12s especially, because we want to win, but I’m very confident in our team this year, especially our new assets,” said Father McGivney’s Cassandra Rioflorido.

The Magic have always been a defence-first team and an undersized one at that, but they’ve added some help in the front court for blocks and kills.

“Definitely offensively we’re a lot stronger right now and that opens up a lot more for me to set up,” said Father McGivney’s Rachel How. “With Ashna (Minhas), we have a big middle there. We’re on the shorter side, but she definitely brings some height to this team.”

Although the Magic are picking up more points at the net, they’ve also lost Catherine Lim, an outstanding player in the back court who was an integral component of their serve-receive game from last season.

“We lost a big part of our defence from last year,” Rioflorido said. “We should work on filling that hole, for sure, but I think our team chemistry is good enough at this point and we’re working as hard as we did last year.”

For the Magic, that means coming together as a group to overcome that loss.

“We still do need to improve our defence,” Rioflorido said. “We have the confidence here, but we just need to execute a little more, especially when we’re playing the tougher teams.”

When Father McGivney goes up against those stronger squads, they do so with a target on its back now as the title-holders.

“I think it’s been pretty competitive so far,” How said. “Everyone knows who we are and they’re coming after us to beat us. We lost a few players, including our defensive rock from last year, but nonetheless, the girls are stepping up, especially the Grade 9s.”

The extra pressure hasn’t changed much in the Magic’s game or their mindset, though.

While Father McGivney has managed to beat every opponent they have taken on during the regular season in straight sets, they have still had the occasional moment where they had to really battle through a pressure point – or seven of them, like they did against St. Augustine in their lone matchup this year. Trailing 24-19, Father McGivney battled back from five set points before grabbing the next two as well, pulling out a 26-24 result.

“Our coach (Allan Ambida) said those are the championship points that you fight for,” How said. “You dig deep, you play with passion and you have to play your game again. When you do that, you come out on top.”

Those kinds of situations have helped to prep Father McGivney as they look to go after consecutive YRAA crowns.

“I guess it just shows how we can work so hard as a team,” Rioflorido said. “That’s a team win there and we all provided several aspects to that game. I think that working together just makes us so strong and helps us to overcome those tough stretches.”