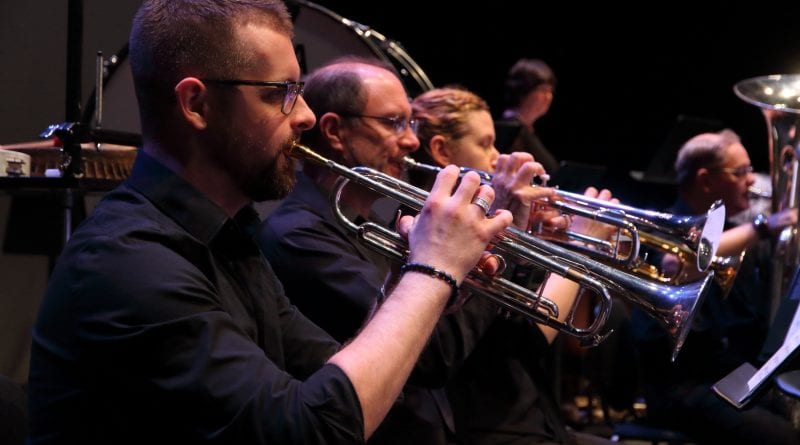 The band is staging a Halloween party that’s sure to be fun for all ages.

“It’s been a while since we did a Halloween theme.” said music director, Doug Manning. “It’s primarily a concert and we have specialized activities in the lobby for kids, (including) a colouring station, an instrument demonstration where kids get a chance to listen and talk to a musician up close.

“Some get a chance to blow the instrument and see what it’s like and because it’s Halloween we will also have a little goodie bags and some kazoos so parents are entertained on the way home.”

The concert, which is free for kids under the age of 12, will feature some special music such as The Lone Ranger, Brian Sadler’s “Superhero Medley” from Marvel comic characters. “My Neighbor Totoro”, from the Japanese animated movie, was a request from one of MCB’s young fans.

There will also be a fun mash up between Sponge Bob Square Pants and Pirates of the Caribbean called ‘Sponge Bob Pirate Pants’ and an arrangement of music from the movie Aladdin.

It’s one of the largest and longest-established (1978) concert bands in Canada. The 65 members, from age 16 to 85, include several original musicians. The band also has three recordings, including a Christmas CD and a live compilation of some of the best theatre shows.

Manning, who became MCB’s conductor in 2002, has played in bands most of his life and still does, every Thursday with the Encore Symphonic Concert Band in Scarborough. Bands are special because the music encompasses a variety of genres from Broadway to jazz and classical. It also helps that the tuba, his instrument, has a more pivotal role in bands than orchestras.

“With orchestras, because the tuba was only invented in late 1800s, there is all kinds of music where you just sit and watch the other guys play. That doesn’t happen in bands,” said Manning, who started playing the tuba in Grade 7.  “I distinctly remember going to my music teacher halfway through the year and asking for information on teacher’s college and how to become a music teacher and that’s what I’ve spent about 41 years doing now.

“I’m a lucky guy. I knew what I wanted to do and have been able to do it.”

Retired from teaching in 2008, he currently lives in Toronto where he is married to Yuki Kitamura, a trombone player he met through MCB six years ago. The couple became parents for the first time three months ago.

The concert takes place on Oct. 20 at 2 p.m. at the Flato Markham Theatre.