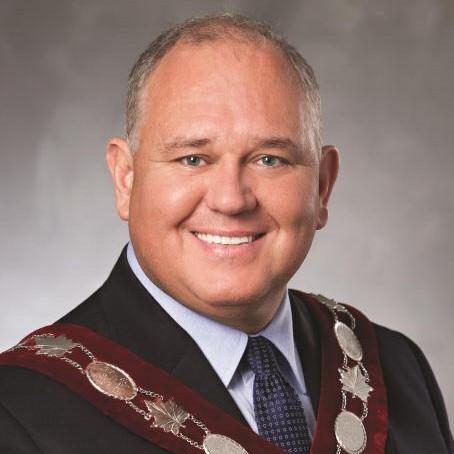 Reflecting on the highlights of 2017, Markham Mayor Frank Scarpitti said “It was a year to remember with the celebration of Canada and Ontario’s 150th birthdays. I think the City of Markham stood out in terms of the depth, the amount of celebration, and community engagement. It engaged the community from a neighbourhood level.”

Scarpitti is also pleased the “Lasting Legacies” commemorative projects, launched in conjunction with the year-long celebration and partially funded by the federal government, will be enjoyed for many years. In the Markham Village neighbourhood, it includes the construction of a new memorial square to commemorate Markham’s war veterans and firefighters, along with rehabilitation of the existing cenotaph. In Thornhill, funding was used toward the revitalization of the Thornhill Community Centre and Library entrance, including the installation of a tribute monument to Benjamin Thorne, the founder of Thornhill. In Unionville, improvements were made to the Stiver Mill site, including a new environmentally-friendly parking lot on the west side and extension of the boardwalk connecting Eureka Street to Main Street, Unionville. Expected to be completed this spring, residents near John Daniels park, in the southeast corner of Markham, will witness the replacement of the gateway feature to the City of Markham, including a shade structure, water feature, new signage and lighting, bike racks and landscaping to enhance the use of the park.

In partnership with the Region of York, the upgrades and widening of Highway 7 over the last two years have come to fruition. Scarpitti is particularly thrilled with the unique bike lanes.

“We were able to get a different treatment for the bicycle lanes,” he said. “We wanted it to have a different feel because you’re really in the heart of Markham centre and to entice people to ride their bicycles and also enjoy the recreational aspect of cycling. I’m very proud of that.” The Highway 7 revitalization will be completed with tree plantings in the spring.

“We tried to keep our tax increase to a minimum, recognizing it’s a growing community,” said Scarpitti. “We continue to provide more services but at the same time we want to make sure people are getting value for their tax dollars. It’s one thing to build infrastructure but another to make sure you’re on a sound financial footing for the future. We have enough money in our reserve to handle the next twenty-five years for repair and replacement of our infrastructure.”

The year ahead is anticipated to include numerous long-term prosperities for the city. The General Motors Innovation Centre will be officially opened.

Scarpitti noted, “Eventually, over one thousand full-time software engineering jobs here in Markham will be working on the future car.”

He also looks forward to seeing the new York University campus break ground. The American online retailer Amazon received Markham’s submission to host the company’s second headquarters in North America and Scarpitti is optimistic Markham will be short-listed in early 2018.