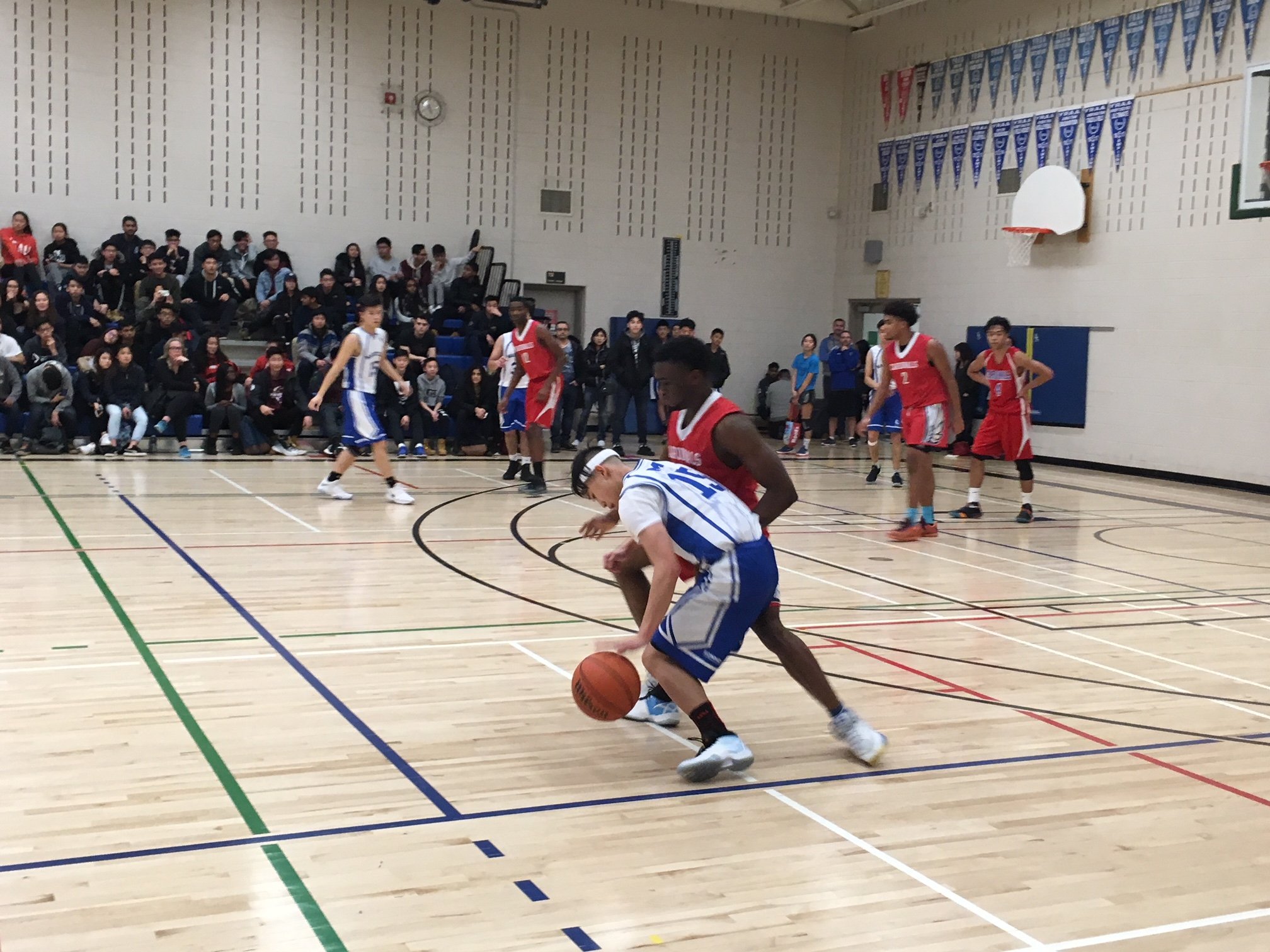 The Markville Mavericks come out hard. And that’s not easy, given their frequent size disadvantage. The high school senior boys basketball team uses the rest of their skill set to remain a competitive team in the York Region Athletic Association tier two loop.

“Since we don’t have the size, we have to out-hustle them on both defence and offence, making those press plays, and making the free baskets,” said Markville player, Daniel Covriga.

The Grade 11 student is one of a number of Maverick players that can hit shots from the perimeter or take it to the hoop, depending on what the defence gives him.

“I feel like I’ve practised both pretty well,” said Covriga, who also suits up for the Ontario Basketball Association R.W.I. Kings. “I feel good driving in with strong takes and hitting my shots from the outside, so both are good.”

A handful of talented young athletes, like Covriga, Isaac Wuu and Alva Cheng are taking on a bigger on-court role for the Mavericks.

“Our guys have grown over the games we’ve had,” said Tarant Lyttle, Markville coach. “We’re very vocal, but the guys are taking ownership, being able to call plays on the floor on their own, and we love to see that.”

Often, that means pushing the pace against slower opponents.

“Our team is pretty well conditioned,” Lyttle said. “Because we are a small team, a lot of what we do is run. We do a lot of running, a lot of practise with shooting. You’d like to see the ball drop in the basket a little more, so it’s about repetition, practising everything we do, and hopefully, it will click.”

Markville ran into a bigger opponent in its first game back from the winter break, dropping a 76-64 decision to the St. Brother Andre Cardinals.

“I felt like we lost the hype we had in the third quarter,” Covriga said. “We caught up, but then lost it in the fourth quarter, and one of our really good players got injured.”

The Cardinals got a number of second-chance points thanks to their size advantage. The feeling for Lyttle and fellow coach Sekou Sanford is that the Mavericks need to combat that by playing fast and getting lots of quality shots up themselves.

“It’s a really good group, and it makes things easier when you have a group of guys that really want to play,” he added. “This is my seventh year coaching at this school, and Mr. Sanford came over from (Bill) Crothers. You know the kids respect what we do because they buy into our system. You can’t ask for much more when you have guys who are working hard and putting it all out there for you.”