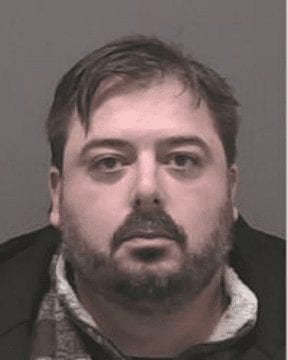 Andrew Prosperi was charged on Monday, Dec. 9, just three days after a woman told York Regional Police that she had been sexually assaulted by a registered massage therapist during two sessions at a business on Markham Road in Markham.

During the investigation, police received reports from two additional victims who reported they had been sexually assaulted during massage sessions with the accused at a business on Hedge Road in Georgina. Police believe the suspect worked as a massage therapist at numerous locations across the Greater Toronto Area.

Investigators have released a photo of the accused and are urging anyone who believes s/he may have been a victim of a sexual assault to report the incident to the Special Victims Unit – Sexual Assault Section at 1-866-876-5423, ext. 7071. Or, contact Crime Stoppers anonymously at 1-800-222-TIPS or leave an anonymous tip online at www.1800222tips.com.

A sexual assault includes any non-consensual contact of a sexual nature. There’s no statute of limitations for sexual offences and offenders can be prosecuted well after the date of the offence, police remind. The accused is scheduled to appear in court in Newmarket on January 14.