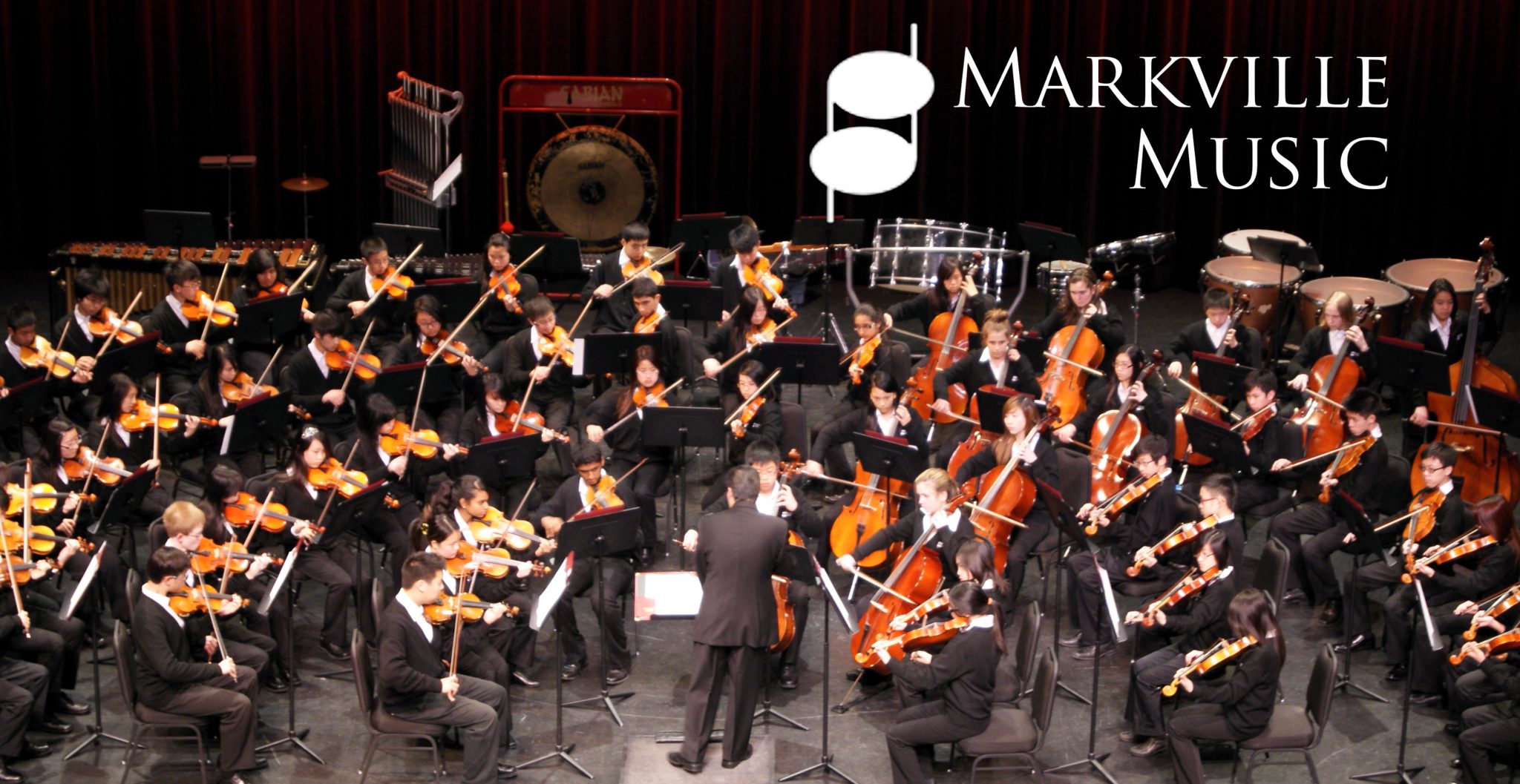 As the new kid on the block, Markville Secondary School’s music department has sometimes flown under the radar. The tradition of excellent student opportunities in music goes back as long as there have been schools in Markham. Great music at Markham High goes back for over a century and Unionville High School has had a renowned program there now for more than three decades.

Markville’s music program started when the school opened in 1990 and has steadily grown into one of the larger and most comprehensive music programs in the province.

“Our goal from the outset has always been to create a performance-based music program, with key emphasis on ‘authentic performance’,” explains music teacher Will Stokes. “It’s easy to talk about putting on a concert, attending a festival, or travelling the world—our goal has always been to actually do it!”

The diversity of what’s available in music at Markville is truly unique in this day and age. The school offers courses in band, strings, musical theatre, choral music, instrumental jazz, vocal jazz, guitar, keyboard, and music and computers.  In fact, there’s a course at Markville Music for almost every musical interest out there.

This diversity and commitment to what’s possible will be on display at the FLATO Markham Theatre for Markville’s upcoming concert entitled Festive Sounds on December 11 at 7:30pm.

Students have rehearsed twice a week for months in preparation for this holiday concert, and are excited to perform. The show will feature music celebrating the season performed by concert bands, string and wind ensembles, symphonic orchestras, and choirs along with solos, duets, and chamber ensembles that perform in front of the curtain during ensemble changes.

“We’ve always tried to keep our Concert Series well-organized, and well-executed,” says Stokes. “No one’s ever complained about a short concert before, so we keep our concert to two hours with an intermission.”

Many people might have preconceived notions about what a student music concert might be. The students and staff at Markville look forward to confounding these expectations.

The music staff at Markville is led by department head Sean Hu-A-Kam, who runs the string program. In his charge are Stokes, who teaches voice, musical theatre and band; Terrol Sinclair, who runs the schools keyboard lab, teaches vocal jazz and music direction; and Graham Langdale, a former student of the program who has returned to teach band, strings and guitar.

“The best thing about teaching music is getting the opportunity to work with students in a different capacity than the traditional ‘academic’ subject areas,” says Hu-A-Kam, “It is incredibly rewarding to watch them grow as musicians and as people.”

Growth and lifelong musicianship are not merely idle words at Markville Music. All four staff members are performing musicians as well. Students sometimes even catch their performances.

“It goes a long way when the guy up at the front of the room Monday morning is the same guy they saw playing in a festival on the weekend,” continues Stokes.

Right on the heels of Festive Sounds is a production of “Into The Woods” on January 12 and 13.

“That’s how we like it … always something new to move to,” says Stokes.