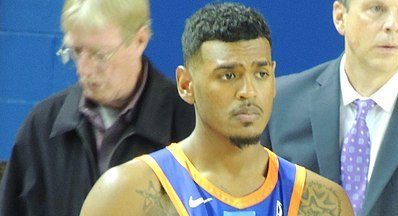 Xavier Rathan-Mayes is officially an NBA player. The Markham-born guard signed a 10-day contract with the Memphis Grizzlies on March 5, helping the basketball club fill a need at both the one and two.

Rathan-Mayes wasted no time getting into the rotation, making his NBA regular-season debut later than night against the San Antonio Spurs, where he put up eight points, five assists and two rebounds in 26 minutes of action.

The former CIA Bounce and Florida State Seminole (and son of former Florida State University (FSU) star and NBA player Tharon Mayes) had been playing this season with the Westchester Knicks of the G-League, where he was averaging more than 35 minutes and 16 points per game.

Rathan-Mayes, who was being relied on as a key contributor in Westchester, was one of the final cuts for the New York Knicks in the preseason after getting into a trio of games with the NBA club.

Undrafted, the former Markham resident was one of the top college basketball players coming out of FSU, while being named to the Atlantic Coast Conference All-Defensive Team.