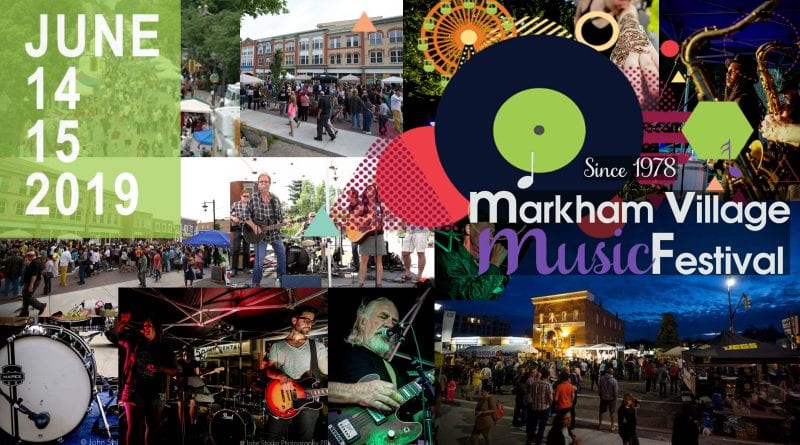 For residents of Markham and musicians from around York Region, the third full weekend in June represents a tradition that dates back 42 years.

The Markham Village Music Festival takes over Markham Main Street and Morgan Park every year with five major stages, and many other small ones, booked all weekend with performances by the area’s finest musical artists.

This year, the festival falls on June 14 and 15 and the lineup is packed with dozens of local artists as well as a few hot regional acts like Birds of Bellwoods, whose recent album is getting all kinds of industry buzz, and Julia Gartha, who was just featured on the CTV television show The Launch.

“Future History is always awesome, and Silver Penny is fantastic,” says Chris MacBride, the festival’s sole technical and production contractor for most of the past 15 years. “But there’s always tons of great acts every year. Tons.”

For MacBride, who makes his living offering tech support to live performances all over Southern Ontario, the festival weekend represents one of the biggest technical challenges of his year.

“It’s like a mad scramble followed by a marathon,” MacBride says.

It’s tough enough to set up, run audio and lights for, and then tear down 60 live music acts in a weekend; it reaches another level when one realizes that a mere three hours before the first performance, the venue is one of the busiest streets in Markham.

MacBride and his crew of 11 or 12 arrive at Markham Main on the Friday of the festival at noon in order to meet a 53-foot tractor trailer with five full stages worth of sound and lighting equipment on board. The truck slowly makes its way around the area as the crew unloads the gear into piles near to where it will be needed later.

With a full slate of performances throughout the weekend, starting and ending on time is very important. But until only three hours before the shows begin, not a single piece of equipment will be set up. At 3 pm, the police close down Main Street as rush hour begins and the race is on as the street is transformed from beatific small-town thoroughfare to multi-stage concert venue in fury of activity.

“We’ve got it down to a precise, if not frantic, science,” says MacBride with a smile. “That’s certainly one way of looking at it.”

Once it’s up and running though, MacBride and crew enjoy the festival as much or more than the thousands of residents who come out to see and hear what their local music scene has to offer.

“Getting to work on a festival that I grew up going to, with bands full of people who grew up going to it has a rewarding, full circle feeling to it,” MacBride says. “I’ve lived in Markham for 40 years and this weekend is kind of like a little reunion every year!”

Indeed, one of the most endearing things about this festival is the small town nature of the atmosphere. Admission is free and many come and go in a completely relaxed manner, which leads to casual meetups and spontaneous catching up among locals.

Of course, all the local bars and restaurants will be open for festival-goers to grab a drink and a sit-down bite. Those looking for something more on-the-go should keep an eye out for the food trucks being brought in with many surprising delicacies.

The festival also extends to Morgan Park for families and kids. Carnival rides, a petting zoo on Saturday, and a stage sponsored by the local music school, School of Rock, will feature local children and teens on Friday evening and all day Saturday.

“It’s a great mix of music,” MacBride says. “Throughout the festival, you’re getting everything from Markham Concert Band, performances by local dance studios, as well as music from every genre; singer-songwriter to rock to jazz.”

The Markham Village Music Festival takes place on June 14 and 15 on Markham Main Street. More details are available at markhamfestival.com.