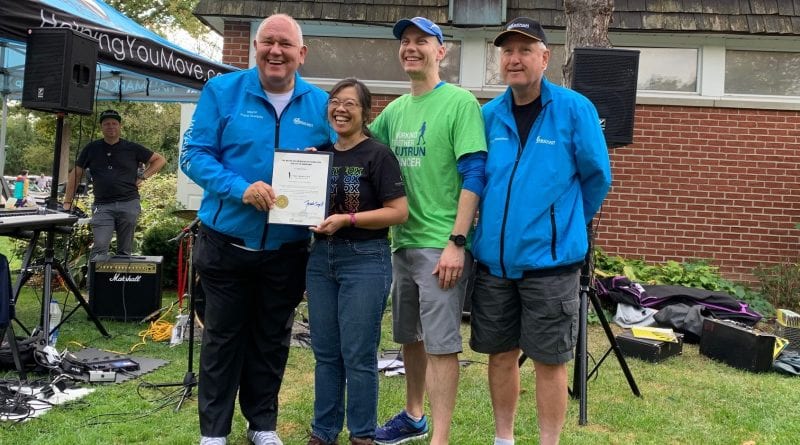 This year’s Terry Fox run was another huge success. Participants had the option of running, cycling, or walking a 1 km, 5 km or 10 km route.
Mayor Frank Scarpitti and Deputy Mayor Don Hamilton joined the opening ceremony celebrations which also included a short performance from the Markham Concert Band and an appreciation certificate presentation to this year’s Terry Fox Run organizers Ryan Armitage and Lilly Ing.

Ing said that when she and her husband moved to Markham in 1993, they wanted to get involved with the community. “As we grew up participating and supporting the cause in high school, this was a great fit,” said Ing. “We were both inspired by Terry Fox’s run back in 1980 and remember the tragedy when he had to cut his run short in Thunder Bay. Since 1993, we have been involved with the run either volunteering or participating and it is a great honour to take on the role of Run Director for the Markham-Unionville Terry Fox Run.”

Armitage and  Ing, with the help of their many volunteers, put on a very successful event and raised lots of money for such a great cause. “We are at $65,000 and still climbing,” add Ing. 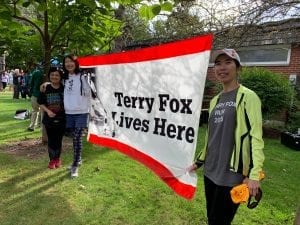 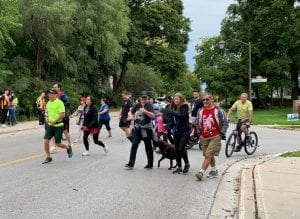 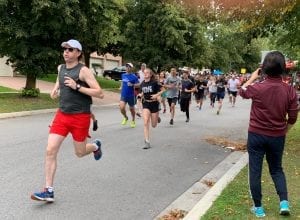 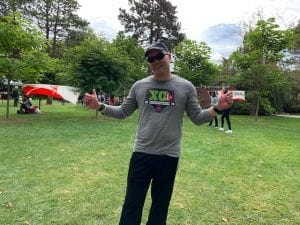 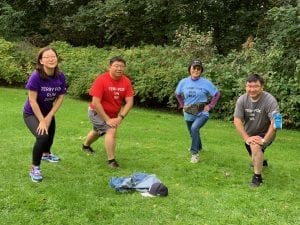 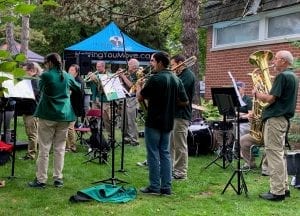