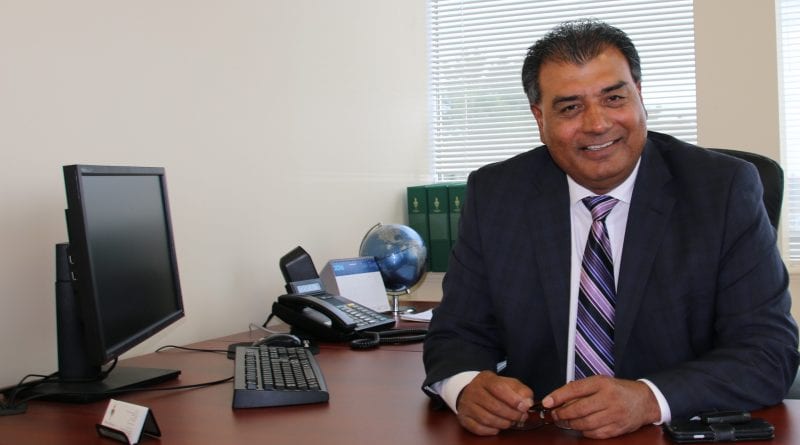 When the Trudeau red wave washed over the GTA last federal election, some were surprised to see a little blue oasis show up in an area that had been red for awhile. Markham-Unionville, the riding held by long-time Liberal stalwart and now ex- ambassador to China, John McCallum was redrawn somewhat allowing a concentration of ethnically-diverse, conservative-minded voters to fall in behind a rookie MP, Bob Saroya.

Now almost four years in, Saroya is a wizened vet who loves he job but when you get him going is not afraid to show how exasperated he is with the current government. But don’t expect screaming, long speeches or clever rhetoric. He is unfailingly polite, quiet and to the point he wants to make.

He remains every bit the everyday man sold to voters last election. He’s at his best up close, one-to-one. No surprise then that he defaults to good old-fashioned door knocking to keep in touch with constituents, often doing it weekends when he is back in the riding.

“We have lots of ideas” he says referring to what matters for local voters. “But when we go to the people, then we find out what they have in mind – what we’re doing right, what we’re doing wrong.”

He has sent out millions of flyers and mailers over the last four years that ask people to contact him with issues but says he’s amazed how few remember those flyers.

“They’re busy just like you and I, but when they see me (at the door) then they start talking about their immigration issue, their CRA issue or tell me their pension payments are screwed up. We deal with all those things and other concerns.”

What are they telling him lately?

“Everyone feels sorry for Jody Wilson-Raybould,” he says, confirming that the sorry tale of her and neighbouring MP Jane Philpott’s ejection from the Liberal caucus has reached far outside the Ottawa bubble.

Saroya relates an unexpected chat with an elderly, Liberal-leaning cousin of his in another riding who happened to be door-knocked by neighbouring Markham-Thornhill Conservative candidate Alex Yuan.

“Alex called me and said someone wants to talk to me. Although a fan of the elder Trudeau (Justin Trudeau’s father Pierre Elliot) under whose reign she entered the country, she started swearing in Punjabi that ‘he’s nothing like his father. He’s lying,’ she’s crystal clear. Even Trudeau fans are starting to see the real Trudeau. That’s what I’m hearing (at the door).”

However, he says he expects the Liberals will be doing everything they can to change the channel before the next election and believes environmental concerns are going to be the key battleground this fall. For him and the Conservatives, that means pushing against the carbon tax that has already boosted gas prices four cents a litre and will see that rise to more than 11 cents in just over two years.

“We believe in (reduction of emissions) but our solution is different. Give us a solution that will cause effect,” he says, offering the carbon tax is only victimizing people like those in his riding who have little choice but to continue with day-to-day activities like driving kids to school and grocery shopping and pay the tax.

Saroya mocks the refund Trudeau has promised will be equal to the tax.

That begs some obvious questions in his mind. Who is really being motivated to cut back and how much will it cost to administrate the whole thing? Saroya figures those issues have yet to be explained adequately to voters and he is happy to remind them as he readies for the upcoming battle at the polls.

Saroya jumps on another topic he’s experienced first hand – immigration. He is passionate about orderly and fair immigration and has no patience for cue-jumpers of the kind he believes the prime minister has encouraged with tweets resulting in a dramatic increase of irregular border crossings.

“Do we know who they are?” he asks, noting many come with little or no proof of who they are. “Some people have come to my office. They applied for their parents and grandparents 13 years ago. Why don’t we look after those people?”

He stresses his party’s desire to welcome newcomers but also to work toward a more efficient and secure system of entry. That concern for security extends to Canadians who have committed crimes in other countries like ISIS/Daesh members and returned. Law enforcement has indicated prosecuting these types of returnees is difficult but Saroya marvels that Canada has not tried to do more.

“They are ticking time bombs. Why are we sitting on our hands?”

Finally, an issue close to his fiscally conservative heart is government over-spending. With a projected deficit of more than $16 billion this year and no end in sight, despite promises from Liberals to balance the budget by now, and the total budget now more than $700 billion, Saroya is outraged with the spendthrift approach of the current government. He points out Canada pays nearly $26 billion a year in interest payments alone each year on the debt – money that could be spent elsewhere.

“How many hospitals (and) roads can be built, how many single mothers could be helped and people living under the poverty line? How many First Nations with no running water could we help (with the money)? Is it fair that we are leaving this debt to our children and unborn Canadians? We must live within our means.”