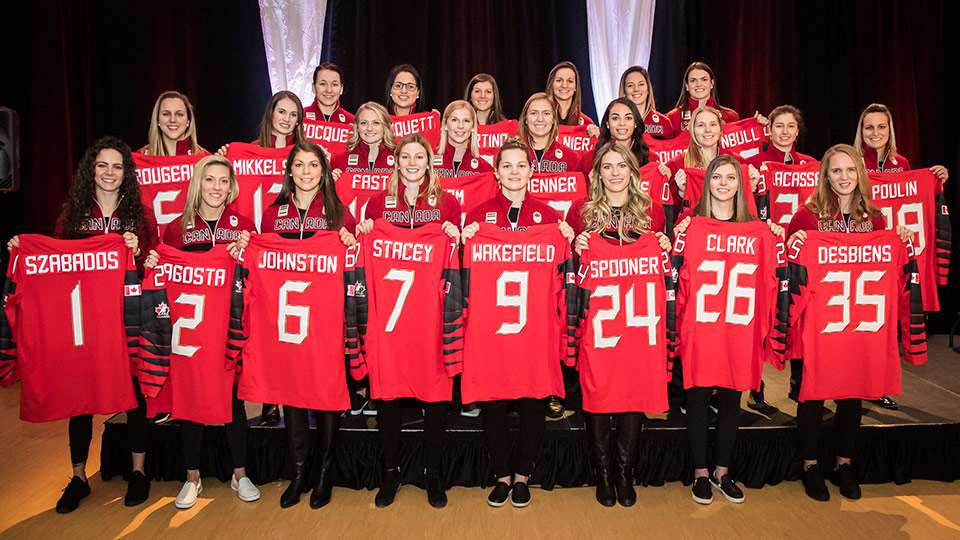 Three members of the Canadian Women’s Hockey League (CWHL), Markham Thunder, have been chosen to be part of the 2018 national team that will represent Canada at the Winter Games, Feb. 9-25 in Pyeongchang, South Korea. Forward Laura Stacey along with defencemen Laura Fortino and Jocelyne Larocque were chosen to be on the 23-player roster, announced by Hockey Canada on Dec. 22.

The Thunder are in their first season at Markham after previously playing out of Brampton when the CWHL began in 2007.

Stacey is the great-granddaughter of Hockey Hall of Famer King Clancy, who played for the Toronto Maple Leafs and Ottawa Senators from 1921-36. Stacey wears No. 7 in honour of her great-grandfather. Her uncle, Terry Clancy, played for Team Canada at the 1964 Olympic Winter Games in Innsbruck, Austria. She placed seventh in league scoring last year with 11 goals and 24 points in 20 games and was named the league rookie of the year. She was selected third overall by Brampton in the 2016 CWHL draft.

Notably, Fortino and Larocque were part of Canada’s gold-medal team at the 2014 Olympics.

Pictured here, Laura Stacey, fourth from the left in the front row, is one of three Brampton players selected for the 2018 Canadian Olympic team. Photo courtesy of Hockey Canada.