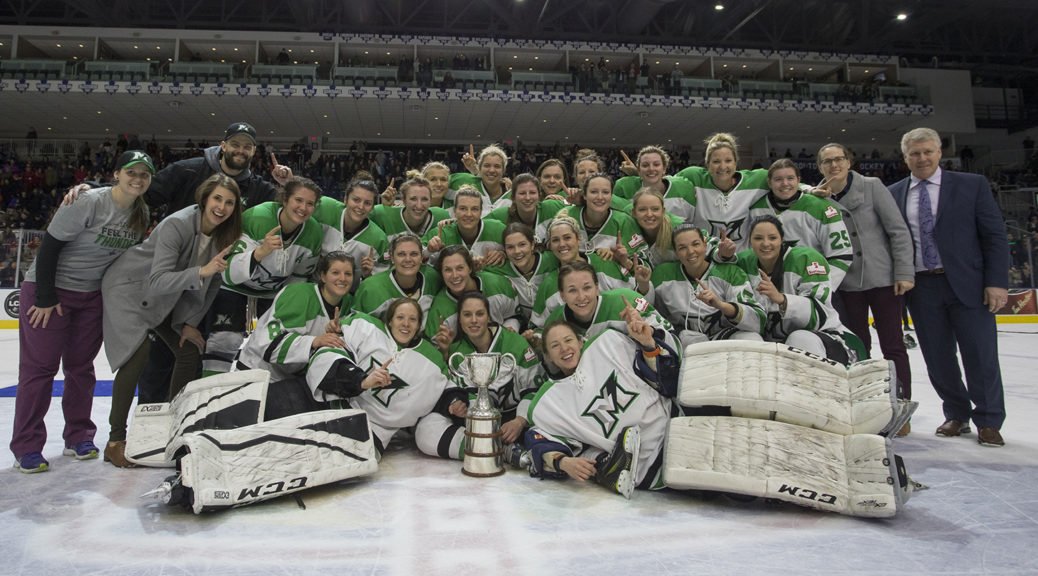 The Markham Thunder made history on March 24. In the franchise’s third trip to the Canadian Women’s Hockey League championship, they claimed their first Clarkson Cup.

The title came after 2-1 overtime win against Kunlun Red Star of China at Ricoh Coliseum in Toronto. Laura Fortino of the Thunder and Red Star’s Kelli Stack netted goals in regulation time, but Markham’s Laura Stacey won the contest with three minutes into the overtime period when she tipped in a pass behind the Kunlun goaltender.

Markham goalie Erica Howe was named MVP of the series.

This was the first season for the Thunder in Markham, having relocated from Brampton during the off-season.