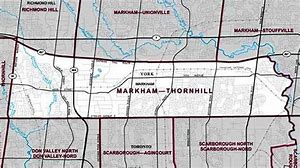 Still deciding who deserves your vote in the Oct. 21 federal election? The Markham Public Library is hosting an all-candidates’ meeting that could help you choose.

The Markham-Thornhill Riding meeting will be held Tuesday, Oct. 15 from 7 to 9 p.m. at Thornhill Community Centre Library at 7755 Bayview Ave. Following position statements from the candidates, the public will be invited to ask questions.

Conservative candidate Alex H. Yuan is long-time York resident and president and founder of A&L Computer Software Limited, a medical software development company. He immigrated to Canada from Hong Kong with his family at age 18. He received the Queen Elizabeth II Diamond Jubilee Award for volunteerism and the Ontario Volunteer Service Award, as well as the Entrepreneur of the Year Award from the Association of Chinese Canadian Entrepreneurs. He believes Canadians want change.

Green Party candidate Chris Williams is concerned about climate change and the “insidious effects” of continued fossil fuel dependency and wants investments in local green technology businesses and building retrofit programs that will create good jobs and fight climate change. A teacher at Milliken Mills High School for more than 27 years, he has led environmental and community projects and the Alternative Education stream for at-risk youth. He also supports a guaranteed living income.

Liberal Party incumbent Mary Ng was elected in a 2017 by-election and is the Minister of Small Business and Export. She has more than 20 years of public service and recommended the inclusion of Markham’s tech-innovation hub and VentureLabs with the Advanced Manufacturing Supercluster. She previously worked as Director of Appointments in the Prime Minister’s Office and served as Director of Policy in provincial education. She wants to build on the “progress” the Liberals have made.