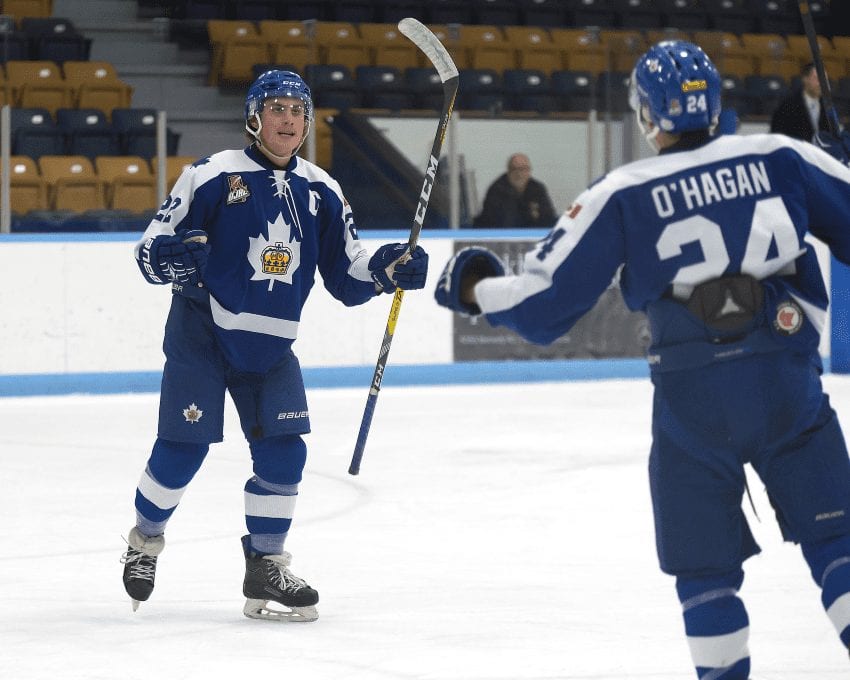 The Markham Royals not only started strong in the 2016-2017 season, they’ll end the year just as strong. That was the sentiment from general manager and head coach Mike Galati, noting that the team has to maintain the same momentum to win the season.

“We’ve won a lot of games this year and we have a lot of games ahead of us we need of course to win; I have no doubt these guys will rise to the occasion,” said Galati.

The Royals first 2017 game is Jan. 6, against the Wellington Dukes in Wellington. The puck drops at 7:30 pm.

“We have some of the best players in the Ontario Junior Hockey League, we have a really strong team,” Galati added.

Some of the top ranking players are Lucas Condotta, Rylee St. Onge and Laine McKay, all have earned more than 30 points.

Visit https://markhamroyals.pointstreaksites.com for the Markham Royals schedule and stats.