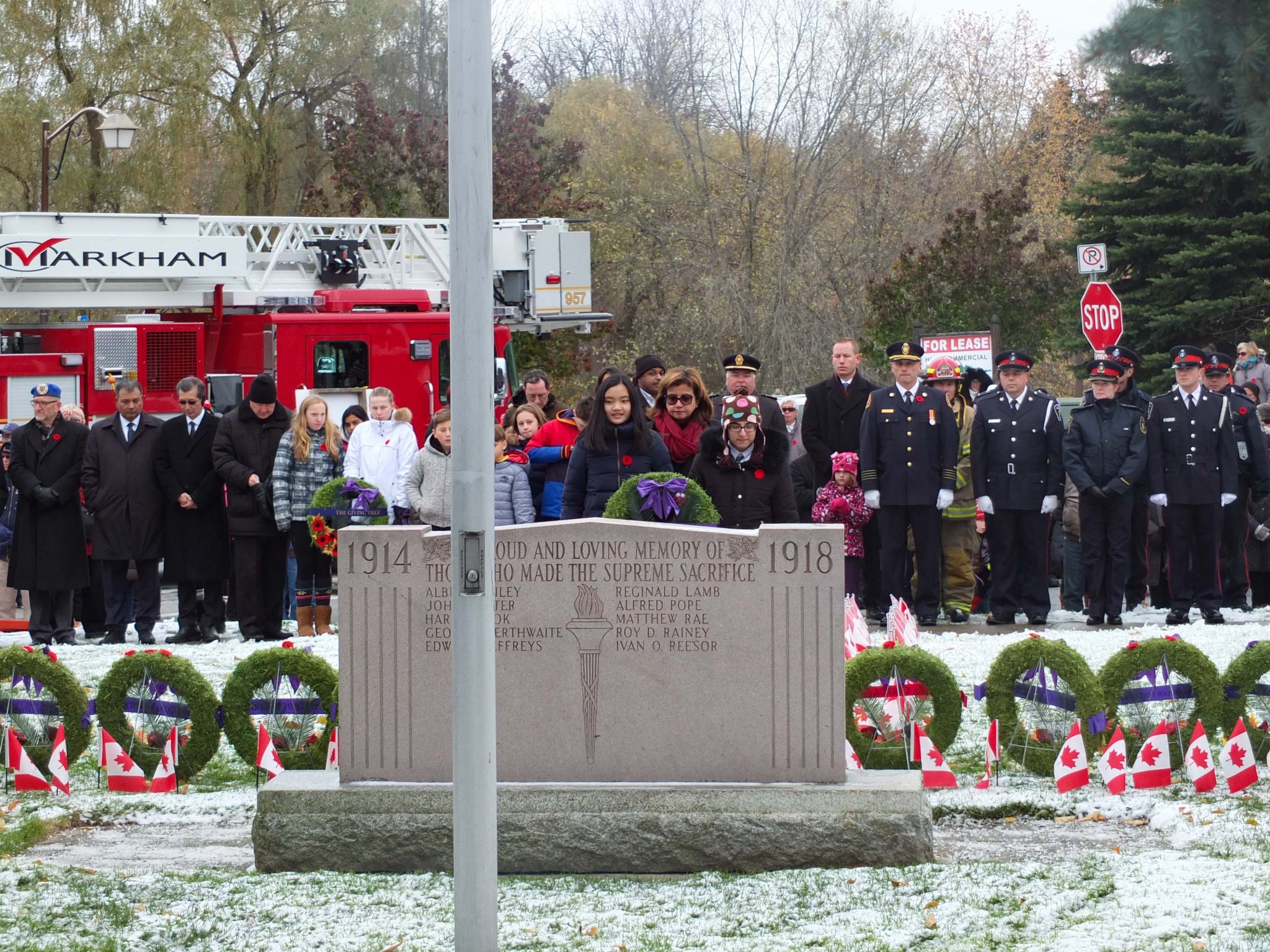 The revamped space at Markham Rd. and Highway 7 was unveiled in June and will serve as a rallying point for this year’s official observances. The Markham District Veterans Association (MDVA) will host the city’s larger ceremony on Nov. 10 from 10 a.m. until noon. The event will start with a service in the upper hall of the MDVA building, followed by a parade to the cenotaph, where attendees will carry out the act of remembrance before marching back to the hall.

“The parade will salute one of our Second World War veterans as we march past our hall,” said John Chalmers, MDVA president. Though some Canadian groups are sending delegations to Europe for the centenary, the local veterans association is focusing its efforts on the local campaign.

St. Andrew’s Presbyterian Church on Main St., Markham will be holding a special Remembrance Day service the morning of Nov. 11.

The Unionville Business Improvement Area will once again be hosting its own Remembrance Day ceremony at the Crosby Arena cenotaph, on Nov. 11 from 10:45 to 11:30 a.m.

Shawna Ferguson, Unionville BIA executive director, will be running the event for the first time this year. When she took on her role earlier this year, she was surprised to learn that her BIA is the only such organization in Ontario to host the annual event. It’s not meant to compete with the city’s commemorations, but rather acknowledge the unique history that Unionville has in relation to Canada.

“We felt that because of the historical nature of Unionville, we needed to have something on a smaller scale to really celebrate Unionville as a really historical part of the province and the country,” Ferguson said, in reference to the Unionville residents who fought for Canada in both world wars.

One of them was Roy Rainey, a private from Unionville who fought with the Central Ontario Regiment. He was injured in August of 1918 during the Battle of Amiens. He died on August 11, 1918, exactly three months before the war ended. But it was that battle that began the Hundred Days Offensive that ultimately delivered an Allied forces victory.

The siren that blared from the arena 100 years ago will be sounded at 11 a.m. to signal a century since the end of the war.