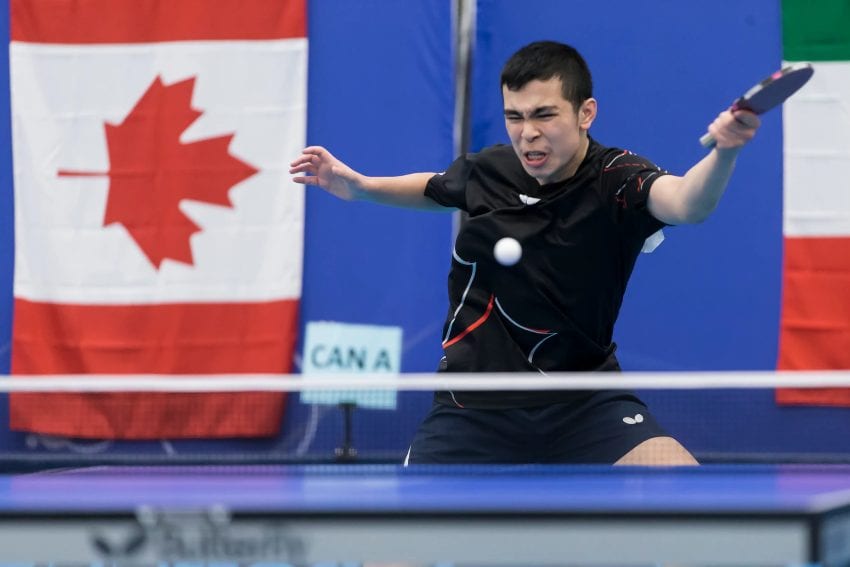 Champions will be crowned once again at Markham’s Pan Am Centre when the Butterfly Cup flies into town this month.

Table Tennis Canada returns to the centre, where Canada’s best paddle wielders earned three medals during the 2015 Pan Am Games. About 100 players will descend on Markham for the event, but many won’t be coming from very far.

“They feed each other and feed off each other,” Keisenhofer says.

Table Tennis Canada recently relocated from Ottawa to Markham, another sign of how the centre, opened in 2015, has become a new headquarters for the sport. In addition to all those nearby clubs and players, the centre provides an excellent hall in which to play, physical training facilities, easy access to the GO train and even the sports-centric Bill Crothers Secondary School, Kiesenhofer notes.

If you want to make Canada’s national team, and eventually the Olympics, the Butterfly Cup is how you get there. The tournament, part of the three-tournament Canada Cup, is how players in each category move up to the next level.

For many that means making the national teams and competing internationally, up to and including the Olympics. Junior players are competing to go to make the Pan Am Junior Championships, which take place in Argentina in June, followed by the World Championships in Italy in December. The Youth Olympic Games also take place in Las Vegas in September and the World Cadet Challenge, in Fiji, takes place in October.

Two Canadians qualified for last year’s Summer Games in Rio. Canada has never managed to win a medal at the Olympics, coming closest in 1996 when Johnny Huang finished fifth.

The current top-ranked player is Ottawa’s Eugene Wang, 31, who competed at both the 2016 Olympics and the 2015 Pan-Am Games. The Pan Am Centre should be a very familiar and welcoming territory after the singles and team bronzes he earned there less than two years ago.

Similarly, on the women’s side, British Columbia’s Mo Zhang, 28, has won the North American championships four times, earned a team bronze at the 2015 Pan Am Games and finished 33rd in the 2012 London Olympics.

Locally, as Kiesenhofer noted, the GTA is ascendant.

Sixteen-year-old Jeremy Hazin, of Richmond Hill has beaten some of the top Europeans and is now ranked in the Top 50 in the world. North York-based siblings Terrence and Justina Young are also rising up the ranks.

The 2015 Pan Am Games, for which the centre was built, may have marked a turning point.

“For us, it was quite successful,” Kiesenhofer says. “We won some medals but more importantly, we walked away with an opportunity to move into a building built for (bigger events and training) …North Americans were ecstatic about the organization and the competitions were very good.”

The games, moreover, have since spawned new tournaments, according to Kiesenhofer.

He has seen a general resurgence in table tennis, and notes how demographic changes, including immigration, are changing the face of the sport in Canada.

“Markham is prime example,” he says. “It has a big impact on our sport because it’s an international sport, so people bring the sport with them.”

You can cheer on Canada’s top table tennis athletes at The Butterfly Cup Finals, March 11 and 12.