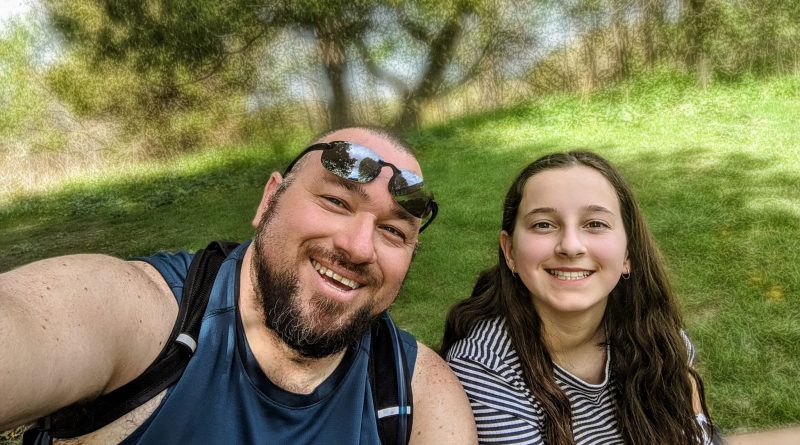 At this point, no one is a stranger to the barrage of unique challenges 2020 has presented. Living through a global health emergency is decidedly not normal, and life has simply not been normal for months now.

When Ontario schools were initially affected in March, it was supposed to be for a two-week closure. When the state of emergency was extended, students and parents did their best to adapt to learning online with mixed results. Still, families soldiered on.

When in-person learning was cancelled until the fall, many families started to become more aware of the detrimental effect that a world with no school was having on their kids.

“My daughter loves school, it was a big deal for her when things shut down,” single father Chris MacBride says. “She really missed her teacher, her friends, the daily routine of going to school, and the normalcy that it brought to her life.”

“I’m a little worried about their social and emotional wellbeing,” says Andria Coulson Kilbride, a local mother of 11-year-old twins. “One of my children has struggled with social distancing.”

Now, a new challenge that most parents had hoped to avoid is upon them in the form of a choice. Ontario has decided that school will resume, despite the ongoing state of emergency, and has asked families to decide whether their children should attend, learn online, or be homeschooled.

“Yeah, it’s a tough call,” says business owner and father, Brian Moncarz. “I can see that having them at home is not great mentally for them but I’m really not convinced that the government’s plan is solid. If there is a second wave, schools will get hit hard.”

“My kids are going back,” says mother of two, Allyson McOuat Smith. “It’s strange, but their actual education wasn’t the deciding factor for me. Their physical and mental health is more important.”

Ontario’s education system is well regarded all over the world; especially for its attention to mental and physical health. However, schools in Ontario won’t be much like they were for some time. The school boards and education unions have been working diligently to turn the province’s guidelines into policy and regulations.

The intent is to mitigate risk as much as possible for all students and staff, but the reality will be an environment that is less interactive, less social, and despite the best of intentions, less well-rounded. Of course, any socialization is likely better than none.

“I am hesitant to send them back to school,” says father of four, Alan McIntosh. “I’m riddled with guilt knowing that there is a risk, but I worry about their development and mental health.”

“From what I’ve heard, children are not particularly at risk from COVID-19,” says local mom Sarah Lui. “It’s about time we get back to living, not just surviving.”

To be clear, the risk of contracting and transmitting COVID-19 is very real, even for children. Most school-aged children don’t have symptoms with the same frequency and severity as adults, but this is not the same as immunity. Almost 8000 children have become sick, in Canada, since March, and one has died. Further, children that have been exposed to the virus can spread it to their families.

Making this choice harder for parents has been watching the tragic news from south of the border. The American infection rate is more than five times higher than Canada’s and this disparity is still growing as state governments struggle to contain it. It’s easy to confuse the level of danger they’re experiencing with the reality at home.

Still, some parents are concerned that kids shouldn’t be first to test the water when it comes to Ontario’s success in controlling the virus.

“I realized that my children’s safety was really relying on an overall low infection rate in the general populace, and more specifically in school-aged children, for whom we have no data.,” explains retired teacher Leon Racine. “The test for this approach will be given in September, with virtually no study time; I’ll wait until after the results are in to evaluate the safety of this approach, rather than use my children for the experiment. Our kids, grade 2 and 4, will be home schooled by me for at least two to four months.”

No matter what a family chooses, it’s important to remember that it could be a temporary one. Canada’s chief medical officer has said that even with a vaccine we will have to be constantly vigilant and adaptable for as many as a few years.

“I truly want to be able to send my daughter back to the classroom,” continues MacBride. “we all want to start to feel like things are getting back to some sort of normal; but the safety of my daughter is the most important thing, so if needed, my plans will change.”