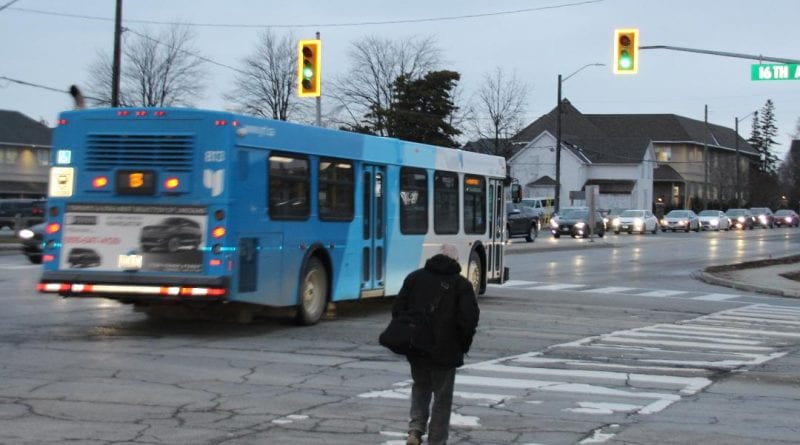 Gridlock is “mission-critical” in 2020 for Frank Scarpitti.

While there are several priorities the Markham mayor is focused on for the year ahead, tackling both public transit and roads to help reduce gridlock in the city and region is front and centre.

Which is why he pushed for and got a one per cent tax increase included in this year’s budget to help with the widening roads in the region. Something he wanted last year.

Scarpitti believes the city is paying the price today in major traffic congestion as a result of Markham Council’s inactivity many years ago.

“There were a number of environmental assessments underway in the city of with regards to the widening of regional roads,” he explained. “At the time, it wasn’t the most popular thing to do. I did not support asking the region at the time to do this, but the Town of Markham back then asked the region to suspend all those environmental assessments, and we’ve been paying the price for that.

“Luckily Highway 7 got redone, in large part, because of the Bus rapid transit system that gave us the ability to create a capacity, not only for transit but for vehicles on Highway 7.”

Unfortunately, many of the major road widenings that should have been completed several years ago have not been started because of that decision back then.

“So I’ve been pushing to get that back on track and finally got one per cent of the tax increase dedicated to the improvement of regional roads,” Mayor Scarpitti said.

Regional roads are the major artery of roads that go through the city, including roads like 16th Avenue, Kennedy Road, McCowan Road and Bayview Avenue.

“The work has, in some instances, already started in terms of the environmental assessment and in other areas the work is underway with the environmental assessment, but even with that work being completed what we needed was dedicated money to try and accelerate the construction because the widening of those roads were actually several years away,” Mayor Scarpitti said. “With the one per cent it allows us to accelerate the widening of those roads and some of it won’t even be done in this term of council.

“It’ll be done in the next term and the term after, but if we don’t start somewhere and start collecting the money and dedicating the money, we’ll never see the improvements. So that’s part of that mission-critical part to get the gridlock under control.”

For Scarpitti, also key to getting that gridlock under control is the continued push to get the Yonge Subway Extension, to run from Finch Station all the way to Highway 7, built.

He applauds the provincial government for their transit plan and for including that major piece of subway system in their plan, along with being committed to the construction of it and their funding portion.

“What’s critical now is to ensure the federal government contributes at least 40 per cent towards the project,” he said.

Scarpitti says he reached out to all the major party leaders during the campaign for the last federal election. NDP leader Jagmeet Singh didn’t campaign in the area as much as other leaders, but sent a letter indicating he generally supported additional transit funding to support projects like the Yonge Subway Extension.

Both then PC Leader Andrew Scheer and Prime Minister Justin Trudeau signed a shovel committing to the Yonge Subway.

Now that the election is over and there’s a Liberal minority government, Scarpitti is hoping all of parliament will support the funding being included in this year’s budget.

“It really is mission critical for us on this particular project,” he said. “We need the funds allocated in the 2020 budget. If we don’t get that money in the 2020 budget, it puts in jeopardy advancing the Yonge Subway and doing any meaningful amount of work that really advances the project (during this term in office) for the federal government because it’s a minority government. Provincially, as well, and municipally.

“This is a very important time in history. We’ve got to get funds into that federal budget to ensure the money is there so that we can get work underway. Meaningful work that really advances the Yonge Subway in the design and all the technical work that has to happen in order to get that project going.”

What’s important with the way they’re approaching the gridlock issues, adds the Markham mayor, is that it’s a balanced approach as well.

“I’ve been advocating for both, for the subway to be extended and for the roads to be widened.” he said. “A recognition that in some places in Markham and in York Region a subway system and the Go lines are well served because of the intensification happening in Markham Centre and happening in Langstaff.”

In other areas, where the transit system is not as developed, there’s a recognition that there’s also need for road infrastructure. A need to combine the investments in roads and transit.

“Again it doesn’t get them built tomorrow, but it certainly advances them a number of years. I think coordinating the work with the region and, in some cases where developers were developing new communities, can also contribute to advancing the construction. We’re going to need all hands on deck to try and get gridlock alleviated within our communities.”

Photo: A local bus heads north on Kennedy Road through the 16th Avenue intersection on another traffic congested drive home in Markham. Tackling gridlock in the city and region is front and centre in 2020 for Markham Mayor Frank Scarpitti.