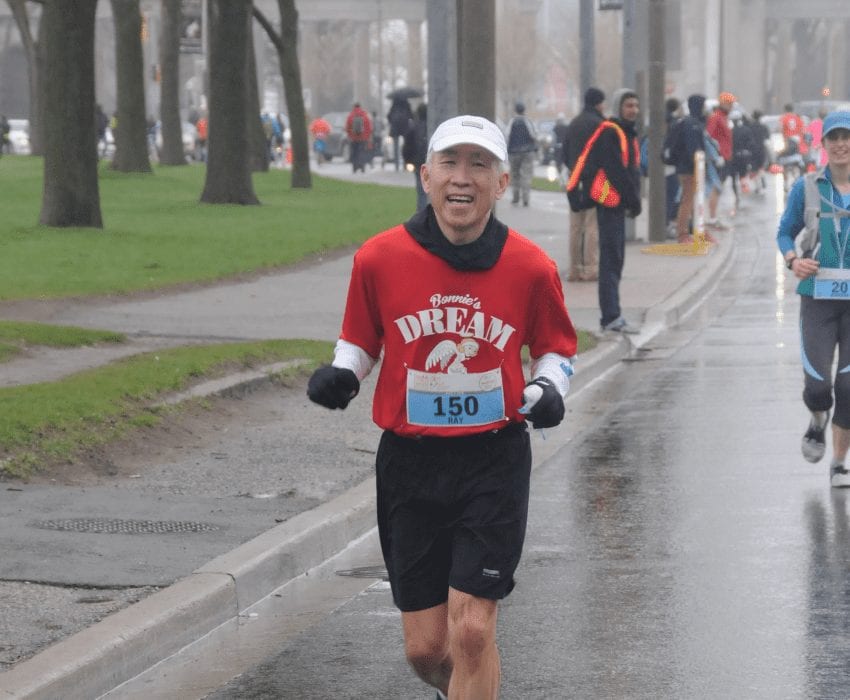 Forty-two kilometres that’s the distance to run one marathon; Ray Lim has run 6300 kilometres and has no signs of slowing down.

Lim’s journey started when he accompanied his daughter, Victoria to karate class. She was informed by her instructor to qualify for the class she needed to meet some endurance qualifications. One of them was being able to run 2.5 kilometres in 12 minutes. His daughter reached that goal and earned her black belt.

“For motivation I joined my daughter in training,” Lim said. “We ran the track at Father Michael McGivney Catholic Academy three times a week and it took a month until she reached her goal,” Lim said.

Then one day while running at York University an acquaintance had taken noticed and encouraged him to run a marathon.

“It was a slow process and that’s the key, most people try to do too much too soon and that takes a toll on the body,” Lim explained. “You need to set short goals, so start off running slow distances and then overtime you will see a difference.”

The key to accomplish any goal Lim says is to believe in one’s self.

“Have a good positive mind and be proud of yourself if you see yourself achieving the littlest goal,” Lim added.