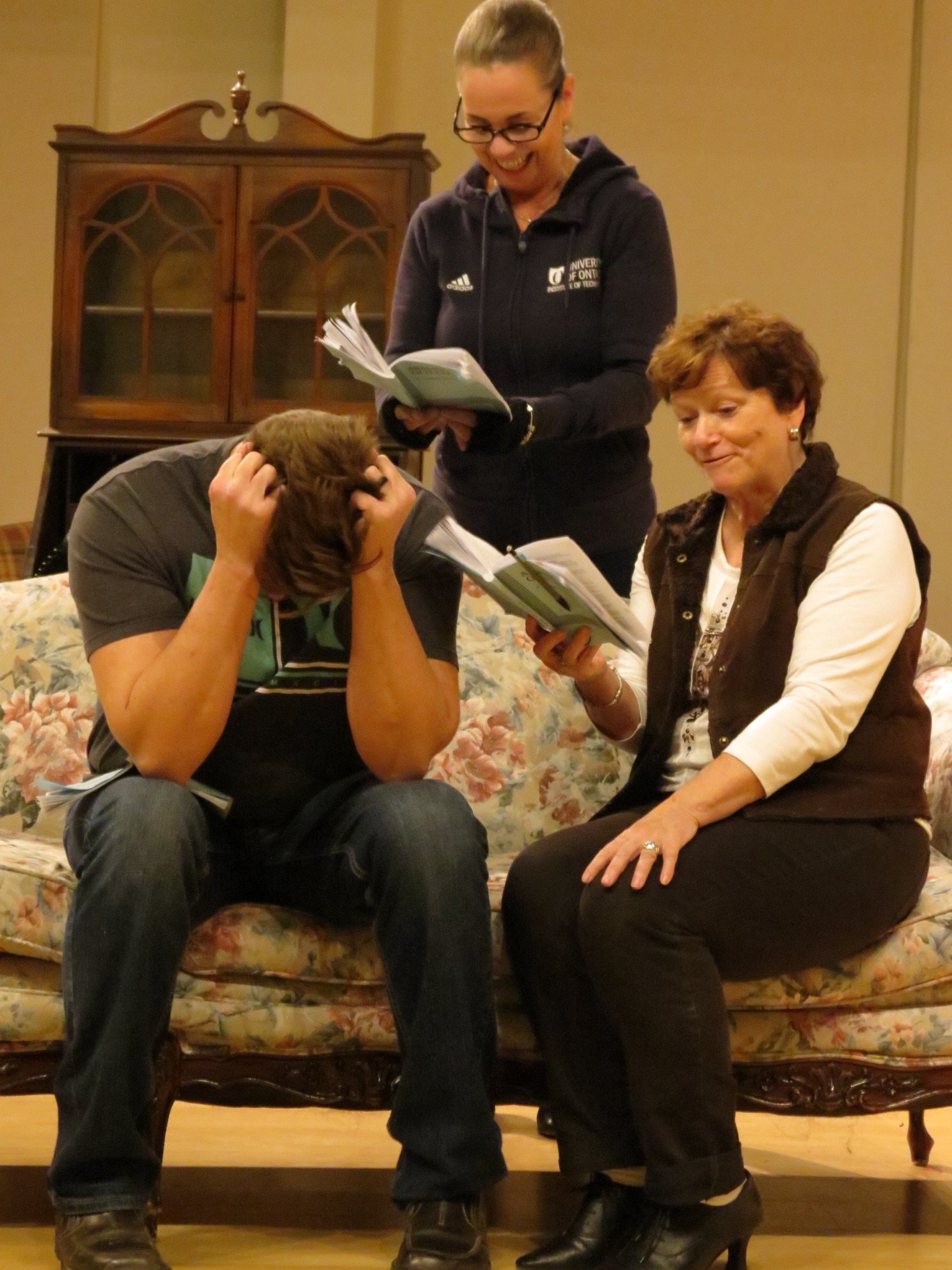 The classic 1944 film version, starring Cary Grant, was both hilarious and memorable. It’s a favourite movie of many, but any company who attempts to bring Arsenic back to the stage has quite a challenge in store.

Markham Little Theatre (MLT) stands ready to take the challenge this month at the Flato Markham Theatre when it presents Arsenic as its third show this season.

“The opportunity to stage this play was too good to resist,” says producer Sarah McDonald. “This play is quirky and funny, with memorable characters and laugh-out-loud moments that I know will appeal to our audience.”

In the play, Mortimer Brewster, played by Steve Birtles, lives a content life. With a job at a prominent New York newspaper and a new engagement, he decides to visit his sweet old aunts to share the news of his coming marriage. Despite his family history of oddities, he is shocked to find out that oddness has given way to casual murder when he learns that his beloved aunties, portrayed by Kerry Harmon and Shari Thorne, have been killing lonely old men for years.

The cast is rounded out by Ray Porrill as the malevolent Jonathan Brewster, his sidekick Dr. Einstein is played by MLT president Terry Browne, and Bill Baker is unforgettable as Teddy Brewster.

“I am delighted with each and every one of them,” says the show’s director, Gloria Thomas. “The cast is absolutely wonderful.”

“This play is character-driven, and demands strong comedic timing and a willingness to be larger-than-life on stage,” adds McDonald.

A tall order when you consider that the company is entirely made up of volunteers, most of whom work full time and somehow gladly give up their evenings and weekends to make the shows possible.

The company’s history simply cannot be argued with 51 seasons of theatre. It can’t be a fluke. No company makes it this long without a good reason.

“I’ve learned a lot, made some great friends, and have unearthed some skills that I didn’t know I had,” McDonald explains. “I would recommend this place to anyone with a desire to get involved with the theatre, be it on stage or behind the scenes. Our doors are always open to new members.”

It’s precisely this spirit of community that makes Markham Little Theatre possible, even while they are making plays that laugh about murder.

MLT presents Arsenic at the Flato Markham Theatre from Feb. 15 to 17. Visit www.markhamlittletheatre.ca for details.