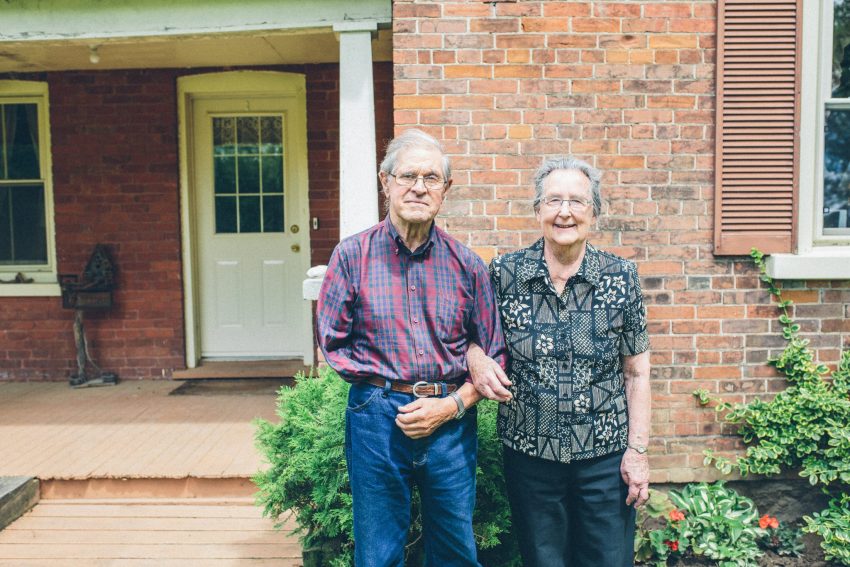 During the summer of 2017, Andrew Fuyarchuk wanted to honour Canada’s 150th with a project that would reach back to the 300 years of exploration, turmoil and development that laid the foundations for Confederation. That wasn’t realistic, but in Markham, he soon realized he was about as close as he could get to pre-Confederation history, largely because many of the traditional families were still living there. With that in mind, Fuyarchuk teamed up with Kenny B. Wang and interviewed a number of people from long-standing local families. The aim of the project was to preserve their stories in the voices of the people interviewed.

“Peter Reesor came up in 1796 to do some scouting. He purchased some land and traded his horse and saddle for two hundred acres in the Whitchurch area and walked back to Pennsylvania. It was six weeks in a covered wagon and I think you could walk it more quickly than that, but it is a long walk. It’s just the way it was done and I know of two brothers who walked from Pennsylvania, Lancaster Pennsylvania up here to this area and from here to Youngstown, Ohio area.

“One tends to feel rooted. The Reesors were among the earliest pioneers of Markham. I believe Toronto, known as York at that time had a population of about 800. And that, of course, has changed since then. There were several things they watched for. One was good soil and for that, they watched for Black Walnut trees. And they needed water to power their mills and timber for their buildings. And when they arrived in Cedar Grove, we’ve been told that the forest consisted of White Pine trees, up to five or six feet in diameter, and 200 hundred feet tall and there was very little undergrowth. They could just drive right through it.

“My brother and I grew up on the farm down there in Scarborough. We had about a 20-acre woodlot and we would spend most of the summer down in there in what we called the bush with our Collie dog. Oh, we just spent hours and hours down there. And then in later years when we were young adults, there were quite a number of young fellows in the Cedar Grove community and after a hard day’s work in the fields, we’d all gather at the swimming hole to go swimming in the evening. That was another thing. When I was a schoolboy, summer entertainment would be to dig up some worms and catch some crickets and go fishing down in the lower Rouge. Anything over five inches we’d bring home and clean it, have it for supper.”