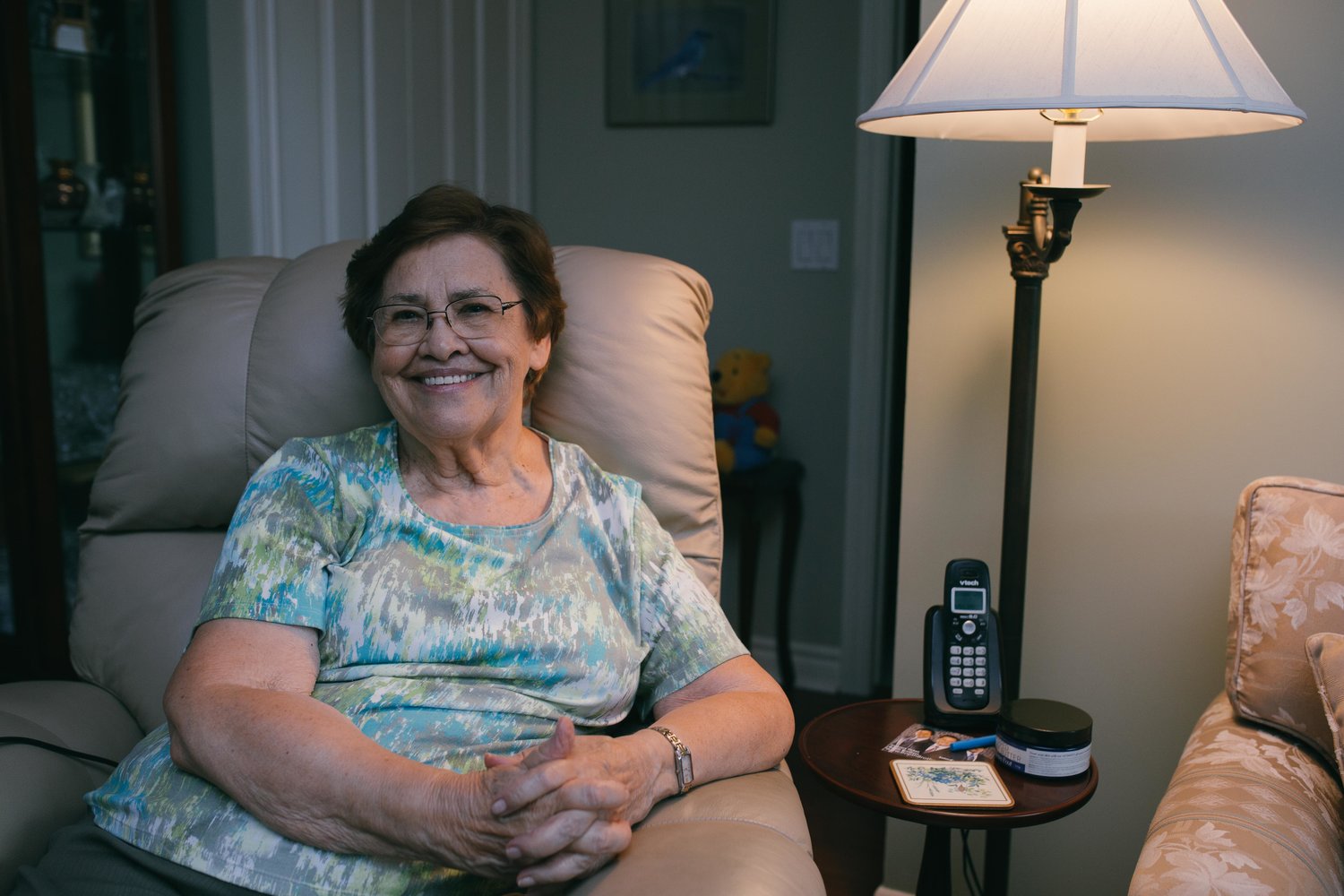 History is often a record of facts about changes in population, major political events and dates. Markham is fortunate to have that sort of history on record and also personal stories from families that farmed the land for generations. Following is an excerpt from a conversation with Betty Wideman from Dixon Hill, transcribed by Andrew Fuyarchuk, from an audio recording in order to preserve her voice.

“I grew up at Dixon Hill. That’s where the family farm was. Our farm was on 19th Ave. and Hwy. 48. Just half-a-mile south of that, the next farm down, there’s a stone house that was my grandfather’s house. And before that, a small place had been built. As a little girl, there was a small house behind the stone house that had a loft and there was a ladder to go up to the loft. It had been their original house. Sometime before I was born, my great-grandfather was there. He was probably the first one there to farm that area.

“We did a mixed farming thing at Dixon Hill. My mother didn’t have the privilege of having an education because she was an only daughter with four brothers and her mother got cancer. She lived on 19th Ave. on the other side of Hwy. 48. She had to stay home after Grade 6 and look after her brothers and her mom. So, she wanted a real education for her children. In the farm area, having a real education was finishing high school. So, my brothers and I all had to finish high school. But then the deal was you had to wait for five years, you had to work on the farm for five years. After five years, if you could somehow get some money together you could go back to school and my brothers all did that.

“I was expected to work on the farm. We didn’t have any automated machinery at the time. You had a team of horses and a wagon. To do the haying, I was on the wagon driving the horses. My brothers had to use the pitch-forks and toss the hay.

“One of the big things for us was that we had a swimming hole on our farm. We didn’t have any indoor plumbing or bathrooms, so after you got hot and bothered during the daytime, you took your keg of soap and washed up in the swimming hole. It was part of the Rouge River. It was deep enough that I learned to dog paddle in it.

“Before they had me working on the farm, up until about eleven or twelve I guess, my cousin Carl and I (he was an only child) played down at the creek all of the time. We found a place further down the creek where it was all clay. We would model things out of the clay and bake them. We just had a great time. I had a wonderful time on the farm.”