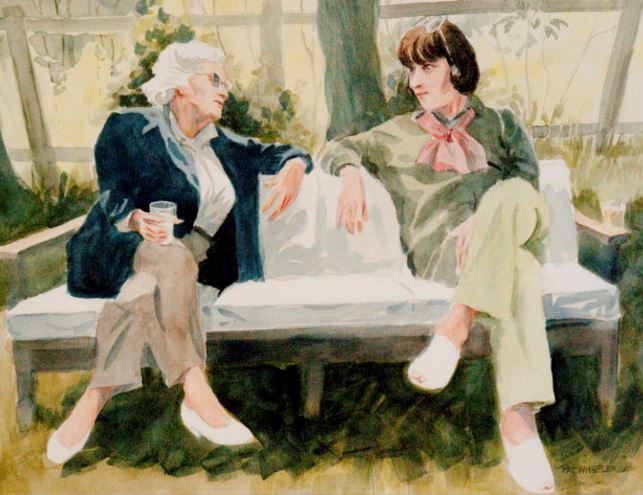 During the month of October, the Markham Group of Arts is celebrating their 35th anniversary with an art show and sale at the Cornell Community Centre.

Growing from a small core group started by well-known local artist and cartoonist Pat Wheeler, this organization now has a membership of over 100, consisting of artists at all levels of experience.

“I started the group in May 1981 with a newspaper ad asking people interested in art to register,” Wheeler said. “I then made an appointment at the Markham Village Arena on Highway 48 and 7, and we had our first meeting there.”

Over the past few years, the group has created and hung murals in the Markham Public Library. Also through grants from the Trillium Foundation a mural was created for the Thornhill Library last year. The group is presently working on another one, which will be installed in another public building next year.

In addition to their regular spring and fall shows at the McKay Centre in Unionville, starting on Oct. 6, the anniversary will be recognized by a month-long show of members’ artwork at the Cornell Community Centre from 6:30 to 9pm. The show will reflect the group’s wide range of interests and styles from delicate, realistic watercolours to dynamic abstracts, and everything in between.

“The event is non-juried art show, anybody from Markham Group of Artist member can enter,” Wheeler said. “The public is invited and we hope those who attend well get know to that there is a group of artists out there; we are welcoming new members.”