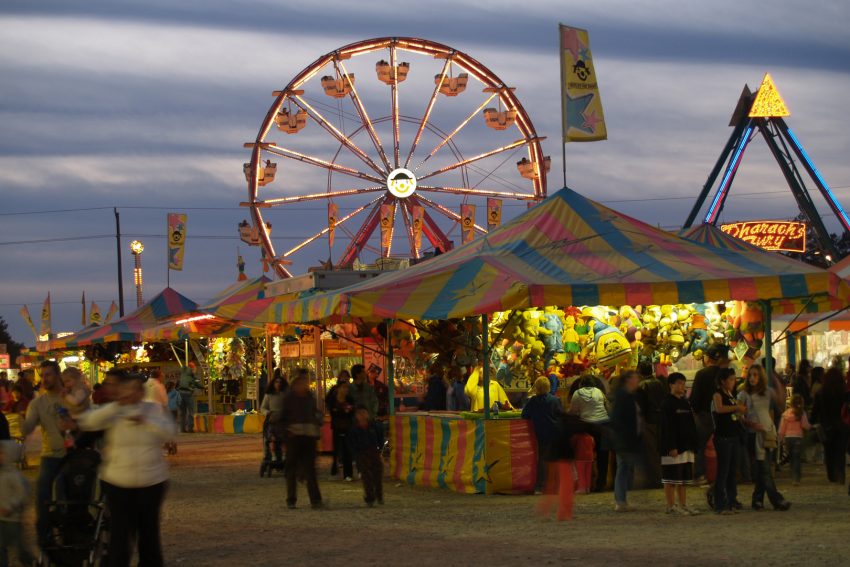 Fall is around the corner, so too is the annual Markham Fair, with a ticket package you won’t want to miss out on.

From September 28 to October 1, the fair has a fantastic schedule.

Headlining the event on Saturday night is The James Barker Band, currently nominated for five 2017 CCMA awards. This includes Single of The Year, Rising Star, Group or Duo Of The Year, Video Of The Year and Album Of The Year.  Fair enthusiasts will especially want to take advantage of tickets for the concert, which also includes a four-day pass to the fair.

The band recently toured with Keith Urban and will be performing their number one hit Chills.  The concert will be opened by Leah Daniels, the Uxbridge, Ontario native who was awarded 2016 Female Artist of the Year by the Country Music Association of Ontario.

The historic fair in one of Canada’s oldest fairs and is organized by the Markham and East York Agriculture Society.  In addition to the main concert, this year’s fair will offer a variety of things to see or do.

The list includes the thrilling midway, wonderful livestock and horse shows, the exciting demolition derby, Paw Patrol, and Monster Trucks.  Homecraft competitions and children’s entertainers can also be enjoyed.  Numerous food and product vendors will be on hand.  Fair ticket prices have not been increased.

Newly hired General Manager Tom Jones is especially looking forward to the first day of the fair, having attended the fair in his youth.  Jones went to high school in Unionville. Recently, he was instrumental in the successful opening of the aquatic centre which hosted the Pan-Am games and remains a popular facility for the community. Prior to that, he was a Facility Coordinator with the City of Markham after being manager of Club Markham at the Hilton Hotel for seventeen years.

Jones highlights that the success of the Fair is largely due to the long hours put in by an army of volunteers and anyone interested in helping is always welcomed.

“The fair is one of the largest volunteer organizations in the country, with about 850 volunteers,” says Jones.

He adds this includes high school students whose time goes toward the volunteer hours needed for a provincial diploma.

Markham Mayor Frank Scarpitti adds that “not only does the Markham Fair bring together members of our community, but it also attracts visitors from all over the GTA to our great city.”  Complementing the Canada 150 celebrations across the country, this year’s theme for the fair is Cultivating Canada: Voices from the Past, Visions for the Future.

The Markham Fair Grounds is located at the northeast corner of McCowan Road and Elgin Mills Road.  Parking is free.

For ticket info and the event schedule, visit MarkhamFair.ca for more information.