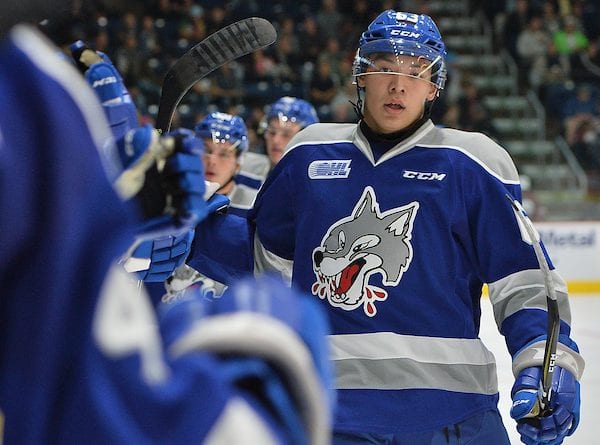 A pair of Markham natives will be hoping to hear their named called this weekend at the 2019 NHL Entry Draft being held June 21-22 at Rogers Arena in Vancouver, B.C.

Defenceman Liam Ross, of the Sudbury Wolves, and forward Jonathan Yantsis, of the Kitchener Rangers, were among the top-rated junior hockey prospects listed on the final NHL Central Scouting Rankings for this year’s draft.

A fourth-round pick of the Wolves in the 2017 OHL Priority Selection, Ross is ranked 148th overall among North American skaters, just ahead of Yantsis, who comes into the draft 187th on the list.

Ross finished his second season in Sudbury with seven goals and 22 assists for 29 points in 68 games and is part of a talented young blue line for a Wolves team expected to be among the top teams in the OHL’s Eastern Conference next season.

Yantsis, who was draft eligible last season, had a breakout year with the Rangers. The 19-year-old power forward led all Kitchener scorers with 50 goals and finished with 73 points in 68 games. The six-foot-three, 210-pound winger was one of only five OHL players to record 50 goals or more this season.

The NHL draft kicks off Friday night with the first round, with the following six rounds to be completed on Saturday. The New Jerseys Devils hold the first overall selection and are expected to draft U.S. centre Jack Hughes. The New York Rangers and Chicago Blackhawks round out the top three picks.