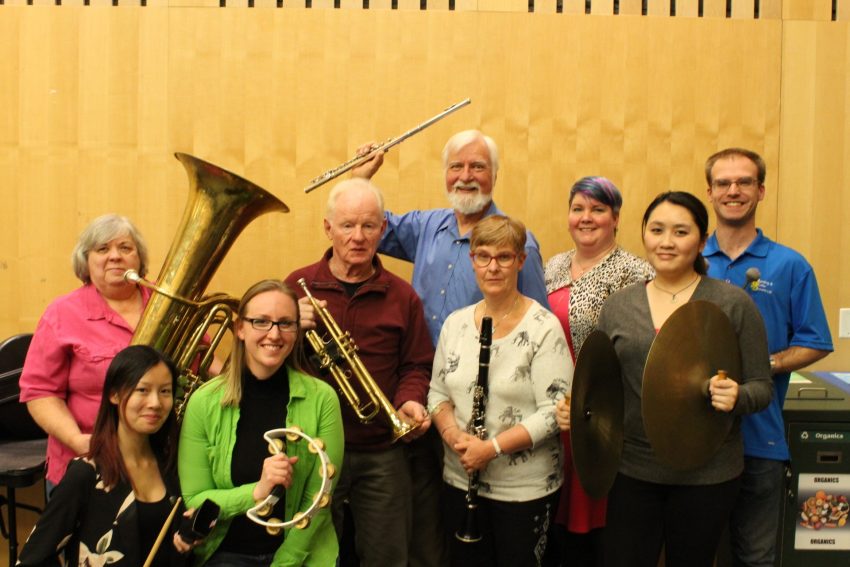 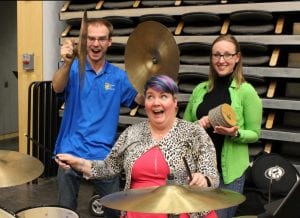 Nobody’s quite sure what the first rock song was, but everyone knows what “rock” means now: four or five people on a stage beneath swirling lights and a disco ball, with guitar or bass or microphone or drumsticks in hand, performing for a cheering crowd.

At 2 p.m. on March 4, the Markham Concert Band will have all of that as they take over the Flato Markham Theatre for their Rockin’ from ABBA to Zeppelin concert. But instead of four or five people there’ll be sixty performers on stage, ranging in age from their twenties to their eighties.

“We’ve really got something for everyone at this show,” says band member and president Heather Wardell. “A great Bob Seger medley, Happy from the Despicable Me 2 soundtrack and Beatles tunes too, plus Bohemian Rhapsody and of course some ABBA and Led Zeppelin as the show’s title promises … twelve terrific rock pieces in total. And we might even have a disco ball too.”

Two guest artists will add their talents: Tristan Moore, a sixteen-year-old Aurora native who studies at Markham’s School of Rock, will be singing several pieces with the band, while Khalil Roelcke, a local actor who has participated in numerous community theatre shows throughout the GTA, will be the show’s master of ceremonies.

This is far from Markham Concert Band’s first outing. This year, the group is actually celebrating its 40th anniversary. One of three community groups which spurred the creation of the Flato Markham Theatre in 1985, the band has also played at many of Markham’s ceremonies including the recent unveiling of the William Berczy statue and, in October, they gave back to the community by raising $1000 for the Markham Public Library.

“We just love music and want to share it with everyone,” says Wardell, who plays percussion with the band. “About one-fifth of us have been with the band for over twenty years and we still have three of our original members from forty years ago. Everyone’s friendly and works hard to put on the best shows possible. Whether you’re in the band or in the audience, it’s a wonderful experience every time.”

“Every Monday night, I look forward to rehearsing with this talented group of musicians,” he said. “It’s a true pleasure to make music together.”

“The band’s always accepting new musicians,” Wardell adds. “So, if you’ve got an instrument gathering dust in your closet, check out our website for details on how to join us.”

After the March 4 show, the band will wrap up its anniversary season at 2 p.m. on May 6, again at Flato Markham Theatre. For social media updates and reminders of upcoming shows, visit www.mcband.ca.