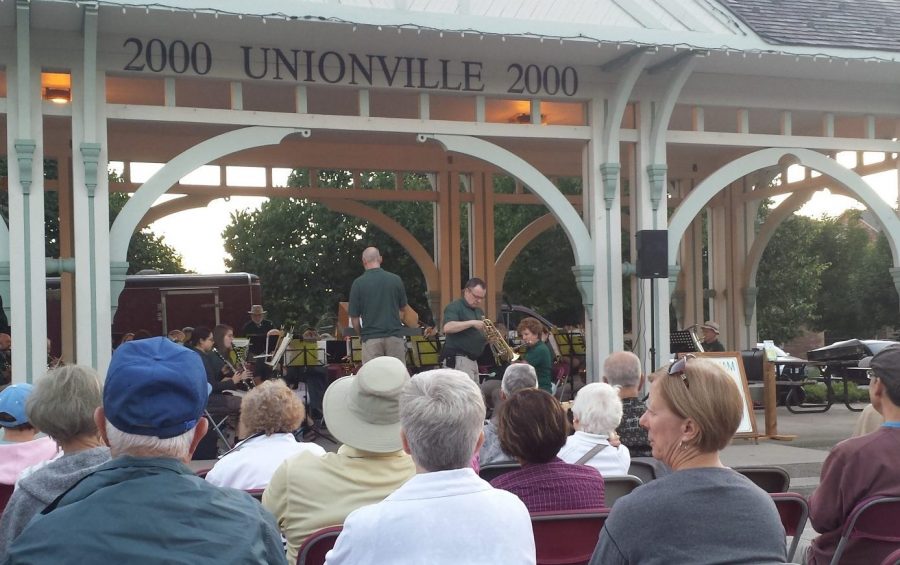 “If you’ve never heard a concert band before, this is a great way to start,” says MCB president Heather Wardell. “And if you have, you know you’ll hear wonderful music you’ll know and love, anything from Broadway to movie music to marches and so much more, played by bands of thirty to sixty musicians. Pick up a cold drink or some ice cream from a nearby shop and join in the fun.”

Markham Concert Band, celebrating its 40th anniversary of making music in Markham this year, has been presenting this concert series for eight years with the support of the City of Markham Celebrate Markham grant program. The band can also be seen on Sept. 29 at the Markham Fair and performs four times a year at Flato Markham Theatre. Made up of sixty volunteer musicians from their 20s to their 80s, Markham Concert Band is one of the largest and longest-running concert bands in Canada and has won many awards for its performances.

“While bands obviously cannot perform in a storm or under lightning, if there’s a little rain the audience is welcome to come up and sit with the band under the bandstand,” says Wardell. “It’s a whole different experience that way, being so close to the instruments.”

All performances run from 7-9 p.m. Visit mcband.ca for more information about the series or Markham Concert Band.