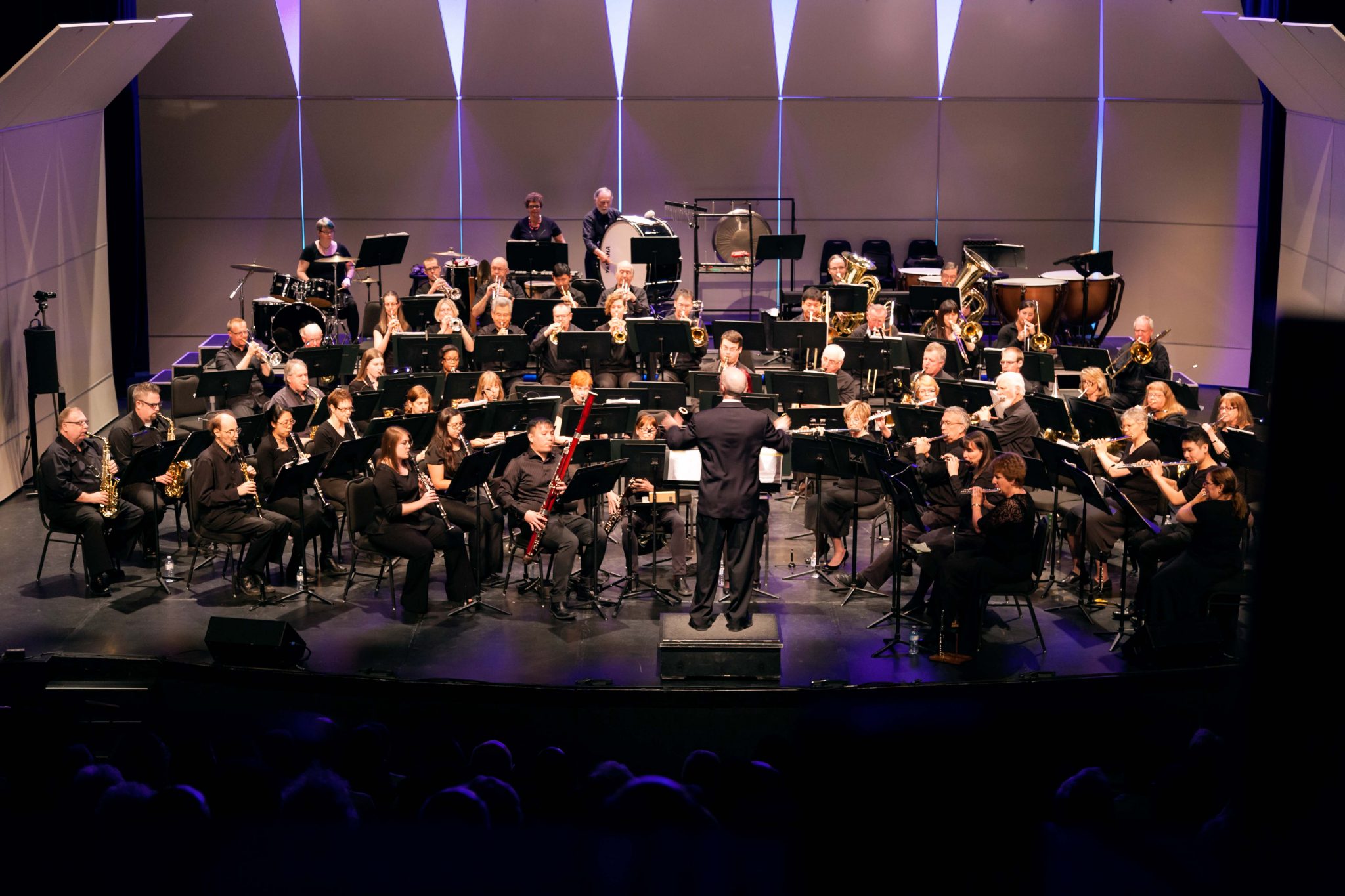 The music will be blaring with patriotic tunes month as Canada herself is feted by one of the city’s treasures.

The Markham Concert Band’s fall concert is all about our country, as its musicians celebrate Canada’s sesquicentennial at the Flato Markham Theatre.

Though Canada 150 was officially celebrated in July, Markham Concert Band president Heather Wardell says the significance of this national milestone makes it a year-round occasion.

“It’s supposed to be,” Wardell said, when asked whether Canada 150 should be a theme that carries throughout the year. “Our theatre shows run from October to May, so we couldn’t really do it July. We figured that this was a good time.”

The 65-member band, now celebrating its own milestone as it kicks off its 40th season, will be taking on a number of classic and contemporary numbers—many carrying a Canadian theme—as it takes the stage October 15 for the free matinee show. (Though donations will be accepted for the Markham Public Library.)

Wardell hopes Markhamites fall in love with the band’s music, but also pay a bit more attention to how much music has been created by Canada and Canadians—including many right here in Markham.

“It’s going to be a really great show,” she said. “We have a few new pieces by some of our local band members and a lot of other great Canadian music.”

Though the band took a brief recess from its weekly rehearsals at the Cornell Community Centre over the summer, Wardell said practicing for the October 15 show started one week after the spring show wrapped up in May.

Canadian music will be in the spotlight, but the band will also play Broadway show tunes, marches, and even some more popular fare from Disney movies and The Simpsons.

The repertoire aims to distance the Markham Concert Band from some of the stodgier symphonies that Markham residents might naturally equate with orchestras.

“We actually tend not to focus as much on classical,” Wardell said. “There are a lot of other groups that do a better job at that. We focus on songs from Broadway, marches, themes from movies. That kind of thing. A lot of it makes people go, ‘Oh, I know that song!’ I can see the audience light up when we hit a certain piece that they recognize.”

Though many fans keep coming back, it’s that approach to music that Wardell says keeps bringing new audience members out to each show. That, and the band’s diversity.

From musicians in their 20s to those in their 80s, from software developers to high school teachers, and amateur to professional instrumentalists, the band is nothing if not diverse.

“You name it and we have them,” Wardell said. “We all just absolutely love music. We love playing together and watching the audience have a great time. That’s what does it for me.”

As the band kicks off its 40th season, Wardell hopes the Canada 150 show will mark the beginning of a new chapter not just for the country, but also for the band.

“I want to see us here in 40 more years,” she said. “I’d like this to be the halfway point, at the worst. Getting more and more people to come out. The people who come really enjoy it, but it’s about making sure that everyone in Markham knows about us.”