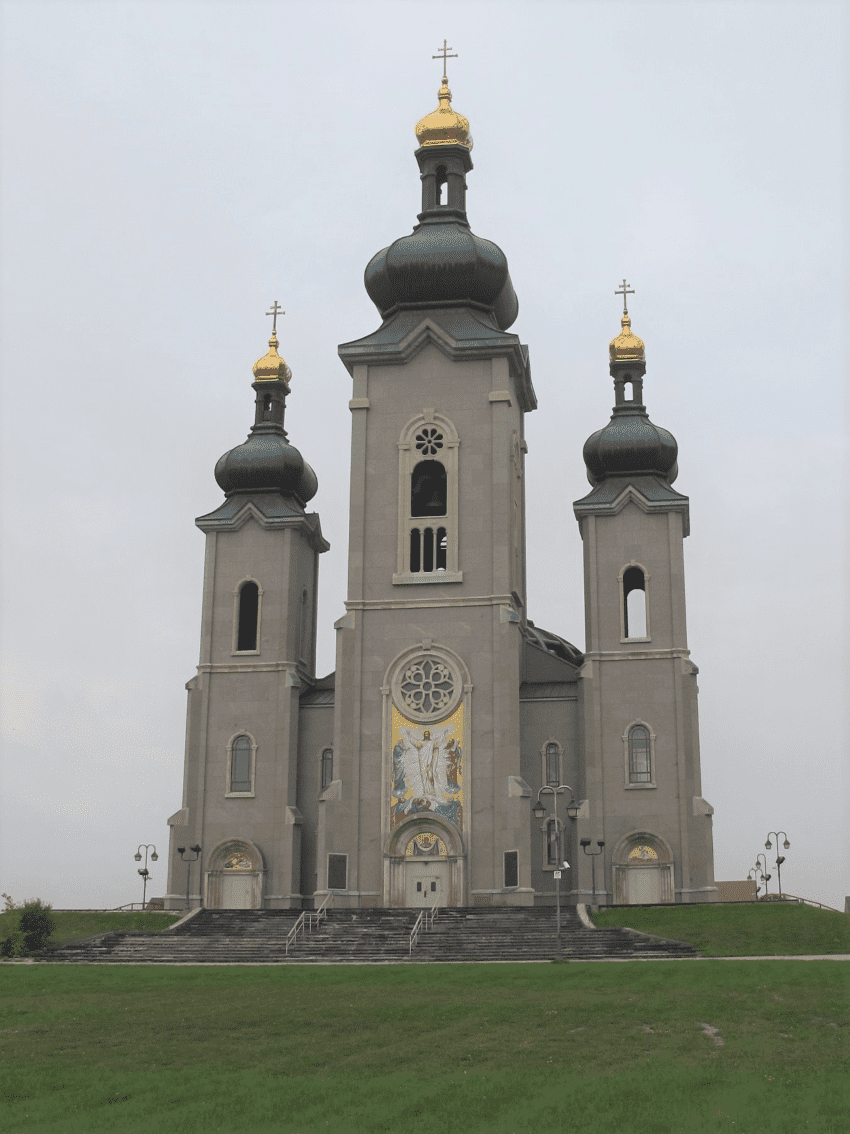 After years in the making, Markham’s Cathedral of the Transfiguration is holding regular services.

More than 30 years after construction kicked off and a cornerstone was blessed by then-Pope John Paul II, the towering structure, which anchors the Cathedraltown subdivision, is still incomplete.

Though, after 10 years of vacancy during which the space was only used for special events, the cathedral has now been playing host to regular church services from a displaced congregation.

Thornhill’s Jesus the King Greek Melkite Catholic Church has been holding weekly mass at the cathedral since its own church was damaged by fire in November.

Because work is still underway—a barrier to allowing the space to be open to the public without restrictions—the City of Markham granted a temporary occupancy permit to the cathedral.

This is a positive step in the lengthy project, especially noting resident concerns in media reports over recent years, regarding the timeline.

Developer Helen Roman-Barber, whose father, the late mining magnate Stephen Roman, began the project in 1984, has downplayed these issues, saying a project of this magnitude takes time.

“Speed is not a virtue when building a cathedral,” she said. “It takes decades—sometimes centuries—to properly complete such a monumental task, and the Cathedral of the Transfiguration is no exception.”

The total cost of the project is not public, though it is in the millions. A mosaic of Jesus in the cathedral’s main dome cost $1.2 million alone. The building’s bells were ordered from the renowned Paccard foundary in France, a mainstay in church bell construction since the 1700s.

Though the main structure is complete, work on the details and artistic installations still persists, according to Roman-Barber.

“Cathedral interiors take many years to finish,” she said. “The mosaics for the circle under the dome and the pendentives have arrived at the cathedral and will be installed shortly. Once installation is completed and the scaffolding removed, we will apply to the City of Markham for a permanent occupancy permit. Meanwhile, painting and decorating the interior will continue.”

Roman-Barber maintains that the development itself, in addition to the cathedral’s construction—has been a success.

People continue to buy property in Cathedraltown, and home values in the area have increased in recent years.

For a project intended to bring the Christian community closer to God, Roman-Barber said it’s encouraging that the space is being used.

“It’s is gratifying that the Melkite congregation has a place to worship following the fire that destroyed their church,” she said.

Markham Creates challenged residents to share their creativity in a variety of disciplines: exhibit design, creative writing, performing arts and