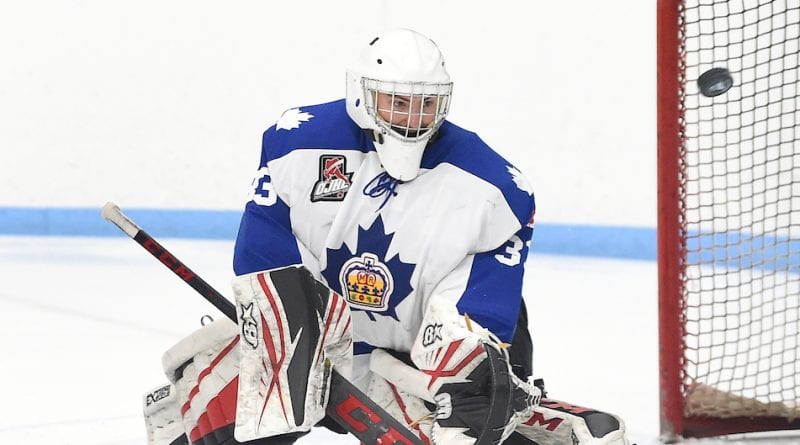 The Markham Royals are back to work after a thrilling North-West Conference semifinal victory. Trailing the series 3-0, the Royals pulled off four straight victories to knock off the Newmarket Hurricanes in seven games.

The Markham squad now moves on to face the powerful Oakville Blades in the North-West Conference final.

While Markham sweated out a game seven earlier this week, where they nearly lost a 4-0 lead before hanging on for a 4-3 victory, Oakville has had some time off. The Blades, finished the regular season with a league-best record of 44-5-2-4 and rolled through their first two rounds, trouncing the Brampton Admirals and Buffalo Jr. Sabres in five games each.

Due to scheduling conflicts in Oakville, the first two games of the series will be played at the Markham Centennial Centre. Oakville will host the next three games before a potential return to Markham, which could happen in game six. The winner of the best-of-seven series will advance to the 2019 OJHL Championship against either the North York Rangers or the Wellington Dukes.

The North-West Conference final schedule is listed below.

Photo: Markham goalie Andrew Albano will be going up against the league’s top team in the conference finals. Andy Corneau photo