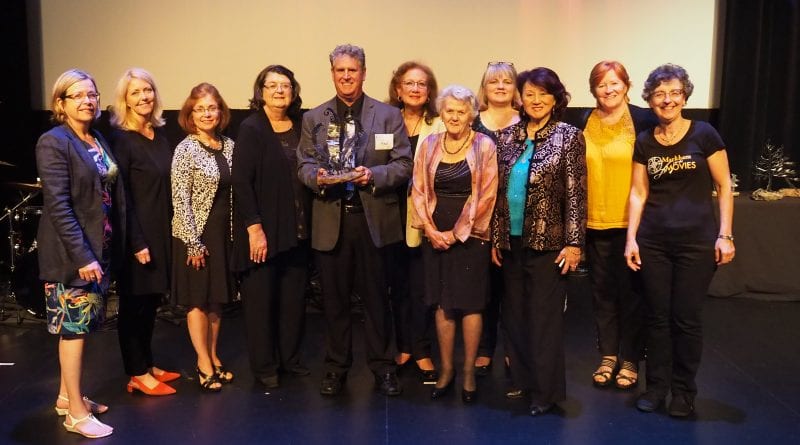 Markham at the Movies wraps up its 10 anniversary season with four films showing early in 2020.

The films include three evening screenings and one matinee.

The Korean film Parasite kicks off the lineup on Jan. 28. It centers on two families at opposite ends of the financial spectrum.

“We’re really excited to show this one,” said Paul Sylvester, chair of the committee for Markham at the Movies. “It’s a very powerful movie. It’s won a whole stack of awards, got a lot of play at TIFF (Toronto International Film Festival) and we think when the Academy Awards come out, we’re pretty sure this is one of the ones that will be nominated and eventually win.”

For Sylvester, who has enjoyed movies since he was a child, Parasite is also his favourite genre, Film Noir. It has light and dark moments and is so interesting it tends to leave the viewer thinking about it for a long time afterward.

“I think about this movie all the time,” he said. “It just sticks with you. That’s what our committee looks for when we’re selecting movies — something you’re not likely to see.”

Markham at the Movies focuses on a broad spectrum of small budget high quality films. Many are foreign language and/or independent films, and there is always at least one from Canada. Some can include big name talent too.

The committee chooses the films from a selection supplied by TIFF. The TIFF Film Circuit was created as an outreach program for communities across Canada.

“We do a lot of research on the films, read reviews and check in with other film clubs and we sit around and discuss which ones we think our audience will enjoy,” Sylvester said. “Sometimes we get a chance to see them at the film festival but that’s not always possible. We try to keep a board spectrum, interesting stuff and we try to keep it so we don’t show anything that too similar to something we’ve shown in the previous season.”

When Sylvester started out with Markham at the Movies, it was an activity he and his wife, Audra Noble, could do together. She has since passed away and he is still involved, becoming chair of the committee when he retired from teaching high school music two years ago. He is one of three founding members. He was also a band director for 32 years and is currently the principal bass player with the York Symphony Orchestra.

The Farewell, an American story about a Chinese family, has been selected for February 2020. In March there are two films, a matinee screening of Le Menteur, from Canada, and in the evening is an environmental comedy from Iceland called Woman at War.

Films are shown at the Flato-Markham Theatre. Tickets are $10 each. For more information visit, www.markhamatthemovies.com.

Photo: The Markham at the Movies committee received an award recently for Community Group of the Year.

Given the rapidly evolving COVID-19 crisis, the City of Markham has made the difficult decision to cancel all Spring recreation,