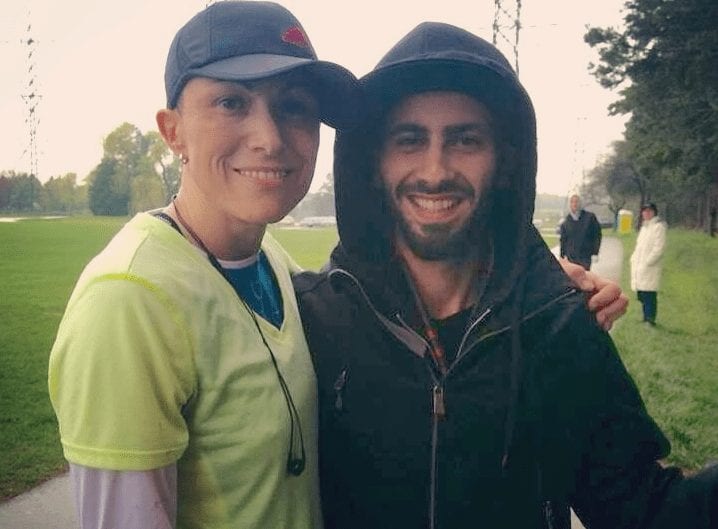 How far would you go to help a friend?

One local woman, Amanda Knegje, is running the equivalent distance of Markham to Montreal, to raise funds for friend Alex Leonard, suffering from Multiple Sclerosis.

Knegje is participating in 20 runs (half-marathons and marathons) over a six month period, totalling more than 500 kilometres in a cause she calls Running for Uncle Leonard.

The hope of the running project is to raise at least ten thousand dollars for health care.

“He’s my sons’ beloved and incredible uncle as well as my real life superhero,” Knegje said, who is also a City of Markham employee.

Prior to his diagnosis in 2014, Leonard was an active individual, involved with sports, employed doing physical work and took part in many social activities, said Knegje.

“Due to Alex’s diagnosis and progression, his physical ability has been significantly impacted,” she stressed.

“This disease has led to an inability to work, participate in sports, limited his social interactions and has led to a decline in his self-esteem and overall health.”

Leonard’s suffering from an anti-immune illness that destroys nerve covering, which negatively affects the cerebellum and causes loss of feeling in extremities, and can lead to a loss in cognitive processing and memory and bodily control. There is currently no cure or medication to treat it.

“The type of treatment that Alex requires now, and in the future, is not covered, and in many cases is very expensive,” Knegje said.

Knegie continues the runs until October. People can get involved or donate using the information below. Scotiabank Acct: 800023131289 or email at [email protected]