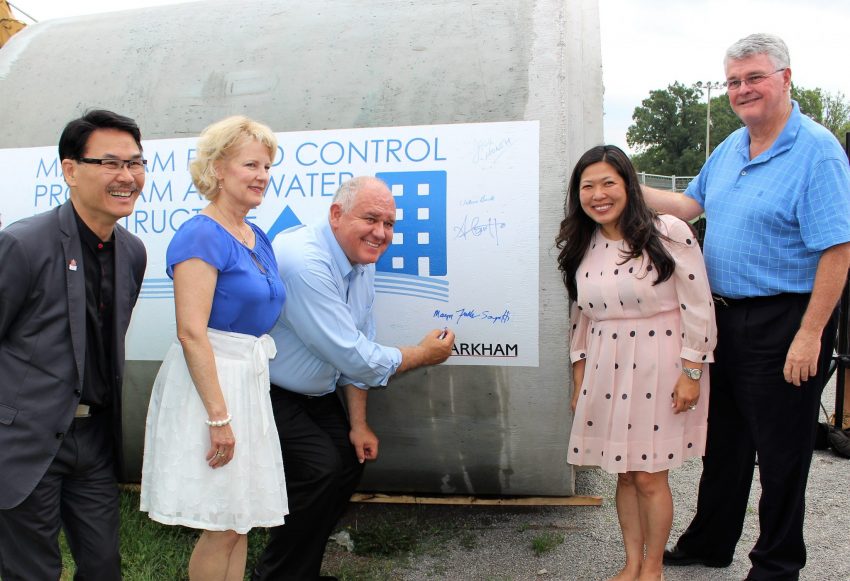 Representatives from all three levels of government in Markham, came together to announce the governments of Canada and Ontario’s investment in water infrastructure. This will help safeguard the health of residents, protect waterways, preserve local ecosystems and provide economic opportunities.

The investment is based on an agreement between the Ontario and Canadian governments and will reduce flood risks, keeping our waterways clean and communities livable. Residents of Markham will benefit from improved stormwater and water infrastructure thanks to a $10.6 million in Federal and Provincial investments.