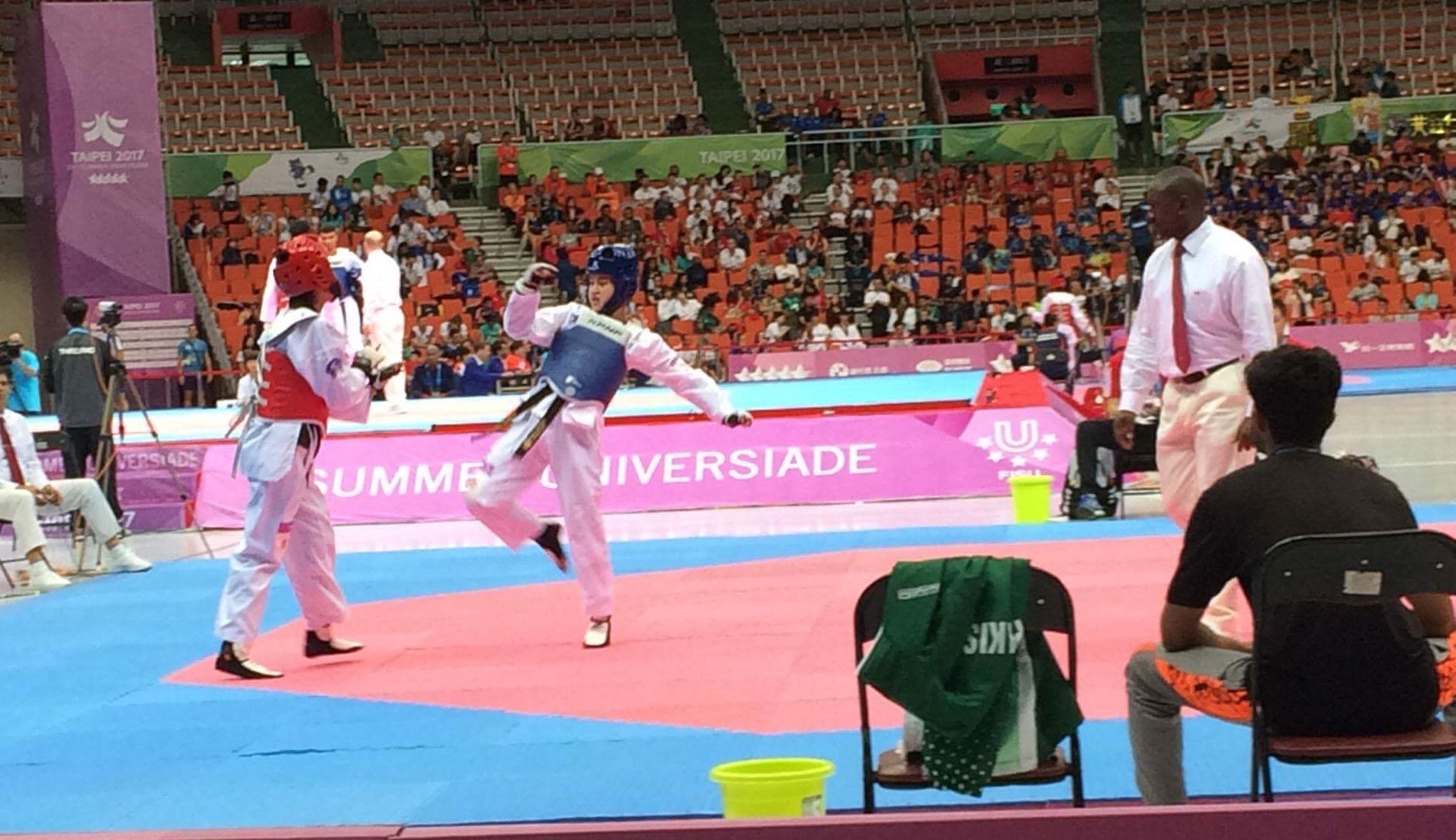 Nationally-ranked taekwondo competitor Crystal Chan fights her way through the summer at this year’s Summer Universiade.

From August 19-30, the Markham student represented team Canada at the Summer Universiade, an international competition that connects athletes in their post-secondary studies. With over 6,000 participants in attendance, the sporting event was held in Taipei, Taiwan this year.

Up against internationally recognized athletes, the 19-year-old fought her way into the quarter-finals of the competition, finishing in fifth against the top seeded competitor in her division.

“This competition taught me that I still had lots of improvements to make as a fighter, but that I’m also not too behind in terms of level with the athletes I’m competing against,” said Chan. “I made lots of new friends not only on the Canadian taekwondo team but also people competing in different sports from other countries.”

Chan began practicing taekwondo at the early age of eight and began competing at the national level at the age of 12. Since then she has been participating in multiple national and international sporting events, adding the Summer Universiade to her list of accomplishments.

Through her experience participating in this sport, Chan said she has had many unforgettable experiences that has shaped her perspective on life and has taught her valuable life lessons.

“Taekwondo is not just a fighting sport,” said Chan. “Taekwondo has taught me to respect everyone, especially my coach, teammates, referees and opponents. It has also taught me to never give up and to give my best efforts in all that I do. Playing this sport has allowed me to make many long-lasting friendships with people all over the world.”

Chan is currently studying kinesiology at the University of Toronto and said that she will continue to compete for years to come. Chan said the next sporting event she plans on attending is the Commonwealth Games and the Canada Open.