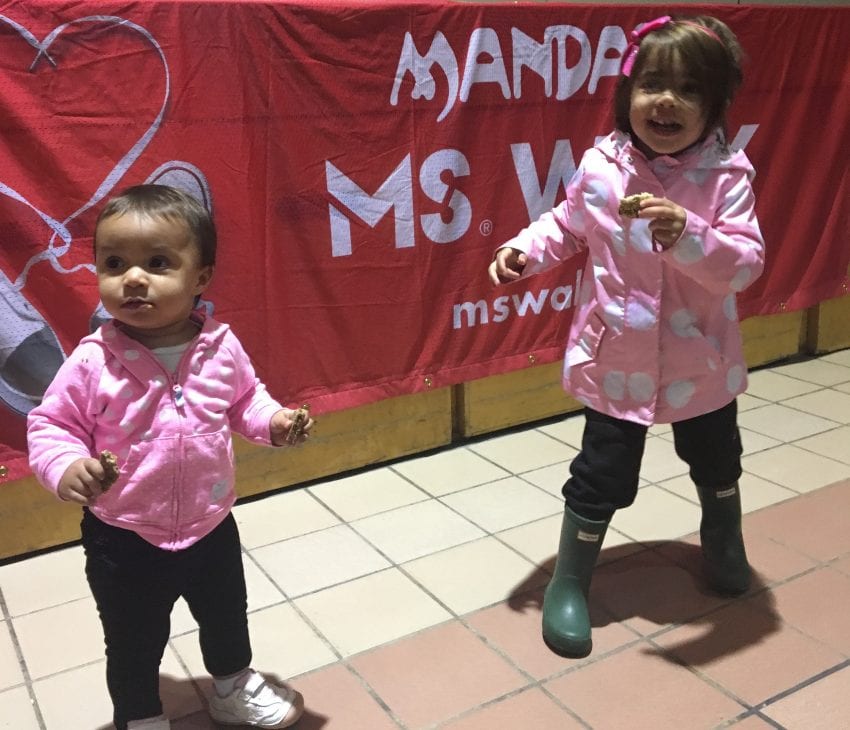 Sarah Barretto was two weeks from the due date of her second child when her husband, Jason, woke up experiencing vision loss in one eye. Initially, they thought it might be a virus, but three weeks later—on the day their daughter turned one week old—­Jason was diagnosed with relapsing-remitting Multiple Sclerosis.

“It’s not great news to hear at any time,” Sarah says, adding that it was especially strange receiving the diagnosis mere days after her daughter was born.

Barretto admits that neither she nor Jason knew much about MS at the time of his diagnosis. This was a year and a half ago, but since then she has been devoted to promoting awareness and fundraising through the Markham-Stouffville Mandarin MS Walk.

“It’s very humbling and overwhelming to see that people are willing to help and that they actually care,” Sarah says of fundraising for the event.

She says her family and coworkers are among the most generous group of donors, adding that some coworkers have been forwarding links to her donation page to staff throughout the company. She has already tripled her initial fundraising goal of $1,000.

Barretto and her family remain extremely active following Jason’s diagnosis. When she is not taking her daughters to dance class, gymnastics, and swimming lessons, she enjoys working out and doing yoga. Jason works out nearly every day on his lunch break.

Barretto says the largest obstacle her family has faced following Jason’s diagnosis is “getting used to the whole idea that it’s not going to go away.” There is currently no cure for MS, but researchers are working every day to zero in on what causes the disease and how it can be treated and prevented.

To join Sarah, Jason, and their two daughters at this year’s Markham-Stouffville Mandarin MS Walk, head to mswalks.ca to register. The event takes place on May 7 at Markham District High School.