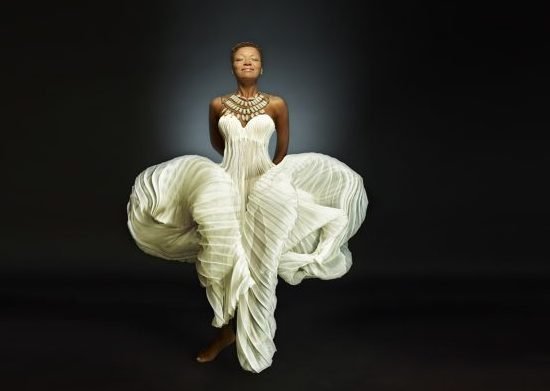 Lisa Simone is a singer, composer, Grammy award nominee, award-winning actress, and a USAF veteran. Her career in the entertainment industry began over 20 years ago in Frankfurt Germany, while serving her country in the USAF.

Since then she has made a name for herself across multiple genres of music.  On Broadway, she not only originated the Disney roles of both “Aida” (Aida), and “Nala” (Lion King), she won the “National Broadway Theatre Award for Best Actress in a Musical” in the lead role of “Aida” while heading up its First National Tour..

In the world of Jazz, she was nominated for a Grammy Award, as a member of Liquid Soul, for their album “Here’s the Deal”, and has continued to blaze a trail from New York’s Carnegie Hall and Australia’s Sydney Opera House alongside Dianne Reeves, Angelique Kidjo, Odetta, and Tracy Chapman, to headlining at New York’s Lincoln Center and Town Hall, to worldwide  jazz festivals in Telluride, Montreaux, North Sea, Marciac, and The Olympia in Paris, filling hearts and souls with joy, through song.

Her third album, My World was released in 2016 and includes many original compositions. You won’t want to miss Simone’s performance on Oct. 25 at the Flato Markham Theatre.

The province is providing $24.3 million in targeted investments to hire additional staff, increase access to counselling and therapy, create