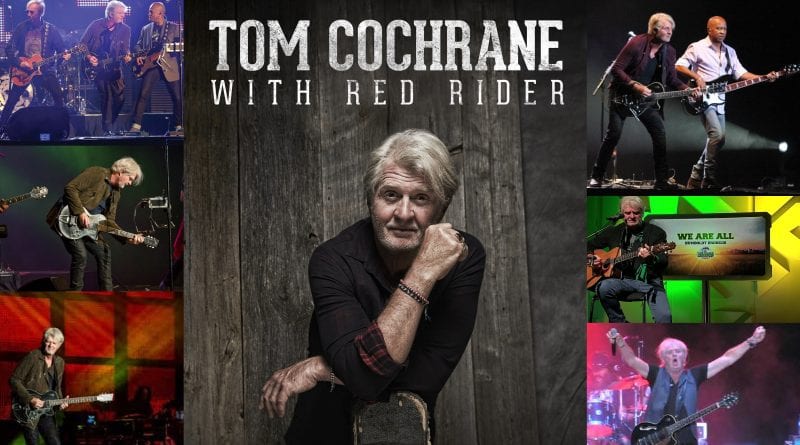 It’s hard to say what makes a music artist ‘legendary’. What connects an artist to a wide audience so indelibly that their voice becomes tied to the identities of those who listen to it? Is it subject matter? Is it shared experience? Is it looking to the artist for comfort?

A day after the tragedy of 9/11, a fan famously yelled out a car window at Bruce Springsteen and spontaneously yelled, “Bruce! We need you now!” That legend responded with his best work in decades.

Four days after the Humboldt Broncos bus accident that shocked and saddened all of Canada, Tom Cochrane sat on a soundstage at TSN about to perform a slightly reworked version of one of his most famous songs, Big League. It wasn’t just a tribute or a comfort, though it was beautiful as those things go. It was somehow more mythic than that; it was the stuff of legends.

Cochrane’s voice that night was the embodiment of community. His performance became a place for Canadians to come together. It was a way into discussions and the sharing of feelings about the tragedy and it certainly became the soundtrack to millions of tears.

If Tom Cochrane wasn’t a legendary Canadian voice before that night, he certainly was by the time he held the song’s final chord and glanced down waiting for it to fade away

Tom Cochrane and Red Rider perform at the Flato Markham Theatre as part of the Canadian Rock Legends series on November 16.

“We are extremely excited to have another rock legend coming to the theatre,” says Flato Markham Theatre General manager, Eric Lariviere. “It will be powerful and loud!”

Tom Cochrane’s own journey down life’a highway originates in Lynn Lake, Manitoba, the furthest town accessible by road, to the north, in the province. The son of a bush pilot, he swapped a train set to buy his first guitar at age 11.

A few years and many miles down the road later, Cochrane was the frontman for Red Rider. They enjoyed a ten-year run during where they graduated to larger halls, arenas, and festivals stages and released a string of now-classic Canadian albums and songs including the worldwide hit, Lunatic Fringe and the popular White Hot, Boy Inside the Man, and Victory Day.

Cochrane himself has siad that his early days have never left him, comparing them to a tattoo etched on your soul.

Cochrane launched his solo career in 1991, already a household name in Canada, with the release of the song that would become his biggest hate and a massive part of pop culture, “Life is a Highway.”

Including Red Rider and since, Cochrane has released 17 albums, most recently 2015’s Take It Home.

“Tom’s audience is the same audience that has supported us for 35 years,” says Lariviere. “We’re always excited to do programming like this for them.”

Tom Cochrane is a GRAMMY nominee, recipient of eight Juno Awards plus multiple songwriter awards from SOCAN, CAPAC, and ASCAP, a member of the Canadian Music Hall of Fame and the Canadian Music Industry Hall Of Fame. He holds an honorary doctorate, has a place on Canada’s Walk of Fame, and has been honoured with both the Order of Manitoba and the Order of Canada.

The show in November is also the Flato Markham Theatre’s annual Discovery Gala to support the education outreach initiatives at the theatre. Past performers have been, Burton Cummings, Kiefer Sutherland, and Blue Rodeo.

“It’s one thing to see an artist like Tom Cochrane in a major arena somewhere,” says Lariviere. “Having him in a venue like ours is closer to a living room than that. It’s very cool for the audience.”

Tom Cochrane and Red Rider perform at the Flato Markham Theatre on November 16 at 8:00 P.M.