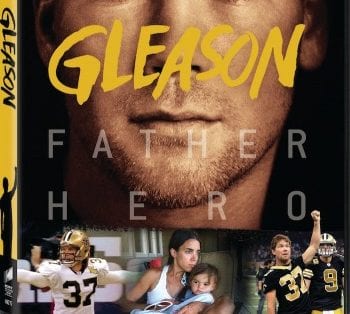 It is the story of Steve Gleason, a former professional American football player who played as a defensive back with the New Orleans Saints in the NFL.

Steve was diagnosed with ALS just weeks before he found out he was going to be a father for the first time. He began video blogging for his unborn son. Today, his son is five years old and Steve cannot eat, breathe or move on his own. Gleason is his story of courage.