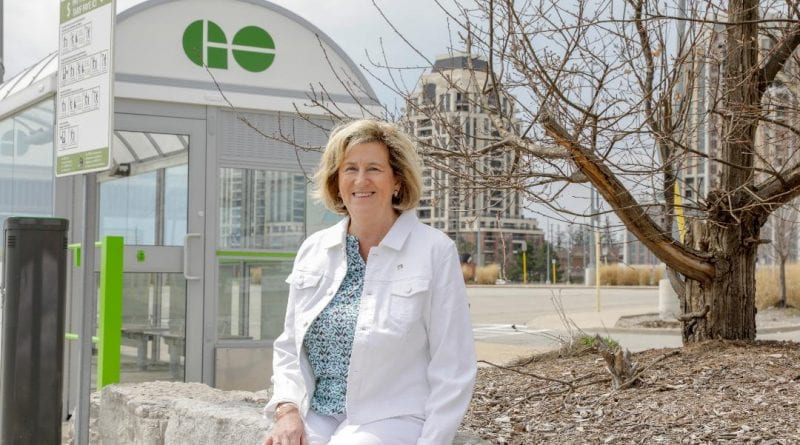 The former provincial cabinet member, who beat Conservative Theodore Antony by more than 5,000 votes in the October 21st federal election, says she’s ready to go to work on tackling those all-important issues brought up to her at the door on the campaign trail.

York Region’s medical officer for 18 years before joining the Liberals in 2007, Jaczek says she will be sitting down in the near future with Whitchurch-Stouffville Mayor Iain Lovatt and is looking to set up a meeting with Markham Mayor Frank Scarpitti.

Among the first items on her agenda once the first session of the 43rd Canadian Parliament begins on December 5th, and an issue raised to her several times, is the need for affordable rental housing. She knows there is a project Whitchurch-Stouffville is interested in doing, while there’s another potential project in Markham for adults with developmental disabilities living in the community, perhaps in an apartment building, where there are also seniors or others with physical disabilities.

“There are people out there that need affordable housing in the case of adults with developmental disabilities that are often still living with aging parents, and the parents are very anxious to see their child housed,” explained the local MP. “There are a lot of local things that are maybe more a municipality (matter), but there is obviously federal funding to ensure that there is sufficient housing, affordable housing across the country.”

The Liberals brought in Canada’s first National Housing Strategy in 2017 that, over the next decade, plans to remove 530,000 families from housing need, cut chronic homelessness by 50 per cent and change the face of housing. Jaczek says now is the time to really operationalize that.

“We have to see what we can do to pursue those goals,” she said.

Also on the agenda for Jaczek is how to make the Rouge National Urban Park more accessible for people in Markham and Stouffville. While she says it’s obvious that it’s wonderful to preserve the huge space, she also wants to make sure that people living around it can enjoy it in terms of trials and opportunities to get out and enjoy such a wonderful resource.

“There was talk of us having a visitor centre up in Markham-Stouffville.” she said. “There is obviously one by the zoo down by Toronto, Scarborough, but could we not have something again to have an educational opportunity for kids and for actually anybody to learn more about what the Rouge National Park is all about.

“I’d like to sort of pursue what Parks Canada is thinking for our part of the Rouge Park.”

Despite the riding being one of the wealthier ones in Canada – it ranks 26th among 338 ridings by household income – affordability was one of the issues constantly brought up on the campaign trail.

“How can they afford post secondary, where are they going to live,” Jaczek would hear from her constituents. “A lot of the issues related to what is the future for our kids.”

Climate change would also come up.

“Naturally when you’re at the door you’re talking about the platform your party has put forward and a number of people said all these programs don’t really matter if you don’t have a planet to live on,” she said. “It did come up as sort of this underlying anxiety as well. I would say what is the future holding, a sort of general anxiety was kind of a theme for just about everybody.”

One of the most important issues as they head into 2020, Jaczek believes, is what will be the jobs of tomorrow.

“All this new technology, how do we adapt to it, make sure we use the best of it and yet make sure people have jobs,” she said of advancements like driverless vehicles. “Matching the technology to the people’s skills, to me, that’s probably one of the most daunting challenges that have in the next decade.”

While the Liberal Party will return to govern as a minority, Jaczek believes part of what made them so successful on election night in Ontario was its detailed platform. She says voters had a certain amount of confidence that the Liberal Party had a plan to mitigate that anxiety going forward.

“It’s quite clear the there was a lot of concern at what the Conservative Party in Ontario has done in terms of some of the cuts and even now, where there have been some backtracks on the cuts, it just adds to that kind of feeling of uncertainty,” she explained. “What is the provincial government doing and can the federal government help. That was a bit of a theme as well.”

Health care is also front and centre, and she found cuts and talk of privatization are a concern to local residents. Access to a publicly funded healthcare system is kind of what makes us Canadian and something everyone is proud, she says.

“Not to say there aren’t issues and there aren’t gaps in service and areas where it can not be improved, but I think again people want to see a government that is dedicated to trying to address those gaps and trying to improve those services rather than look at cuts,” said Jaczek, who was the Medical Officer of Health in York Region for 18 years.

Every responsible administrator is always looking to make things more efficient and ongoing review is done by our hospitals and big healthcare agencies.

“It’s always certainly wise to look for efficiencies and to question whether programs are achieving the results you want to see, but overall I don’t feel there’s anything much that can be cut,” she added. “We need to grow the system.”

Jaczek was part of a minority government in Ontario from 2011 to 2014 and saw compromise with some of the legislation coming through committee, and she’s optimistic it will work for the 43rd federal parliament.

She points to the very collegial relationship she has with Conservative MPP Paul Calandra.

“Wherever we can possibly work across federal, provincial, municipal lines, I feel confident we’ll be able to do that because we’re professionals and that’s the way we should operate in the best interests of our mutual constituents,” Jaczek said.

The Liberal MP is currently busy working to get her constituency office running. It’s been a bit of an issue because the location where the two former MPs were in Stouffville is up for sale and that’s left her searching for another location.

She’s hoping to return to where here constituency office was when she was a member of the provincial parliament.

“Part of that is still vacant, so we’re in the middle of negotiating on that front,” she said.

In the meantime, people can definitely get in touch with her by email at [email protected]

“I have one whole employee so far, so we want to make sure if people need help with any particular issues they can get to us,” the local MP said. “I’m very anxious to get my constituency office up and running again.”