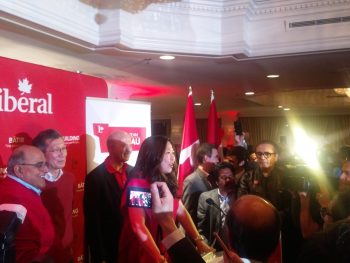 The riding which was created in 2015 and then vacated by longtime MP and former Minister of Citizenship and Immigration, John McCallum has now been secured by Mary Ng.

Ng received a lot of support from the Liberal Party to win the federal post and campaigned so heavily that you could not turn on your computer without seeing her banner.

Her win was not an easy one, however, as Conservative contender Ragavan Parancothy came behind her at approximately 2,000 votes.

Needless to say, the Liberals are likely relieved to have held on to a riding in their treasured GTA and will work hard to figure out how to make their hold even stronger.