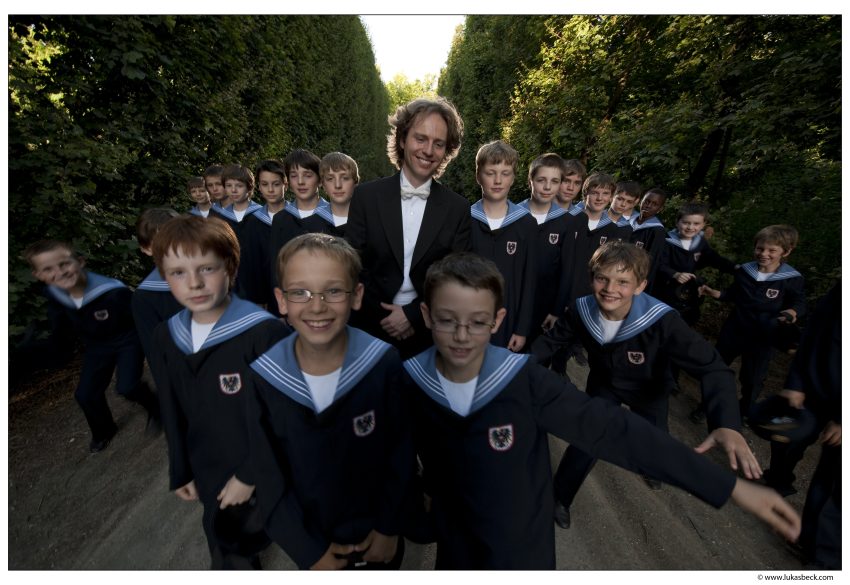 The Flato Markham Theatre has done an increasingly great job over the past few years of bringing legends to its stage. Performers that have changed their art forms and even the world have become a regular part of the theatre’s season.

By this standard, however, it’s hard to properly explain the enormous influence and importance of The Vienna Boys Choir. On March 11, the choir will perform a show that is arguably 700 years in the making.

“The choir was long founded already by 1498 when Maximillian I brought them to sing in the Emperor’s chapel,” says choirmaster Oliver Stech. “After this, the group has kept its tradition to sing at the service or mass at the royal chapel in Vienna.”

The group can actually trace its roots back to the 13th century and the choir has been performing ever since. Iconic composers like Haydn and Schubert even sang in the choir as children. Early in the 20th century, the group began to tour the world. Since then, they’ve had more than 1,000 tours, and logged around 28,000 concerts.

Of course, the true legend of the choir is its sound which, as one might expect, has changed over 700 years. The modern Vienna Boys Choir is quite different from the original medieval choir of six boys. Today’s Vienna Boys Choir features talented young singers from all over the world who have auditioned to join.

“It can be hard work to bring 24 boys into the right focus every day,” continues Stech. “The great thing is that the boys can always get excited about good music. They make beautiful music.”

The full choir is actually made of four separate complete choirs of 23 to 26 boys each, all of them between the ages of 10 and 14. The four choirs are considered equal. All tours, concerts in Vienna and recording projects are shared among them. Each choir performs about 80 concerts every year and has a choirmaster and two tutors who travel with the boys.

“Above all, we are an educational institution whose specialty is music.” explains Tina Breckwoldt, the group’s historian. “We teach the boys to speak music – and they share this language with our audiences.”

The concert in Markham on the 11th is called “Smile”. As the title indicates, the program was carefully selected around the simple theme of smiling.

“We were having a discussion about singing, and someone remarked how closely related smiling and singing are, “says Breckwoldt. “When you sing, you cannot help but smile.”

With this in mind, Stech has assembled a program of 22 sacred and secular songs designed to make the listener dream, laugh, and smile.  The pieces range from classical fare by well-known composers like Purcell, Vivaldi, Mozart, Schubert, and Mendelssohn to contemporary works. There’s also Austrian folk songs, Viennese feel-good music, world music lullabies and even Broadway show tunes on the program. In a rare move for the choir, some of the pieces have actually been choreographed.

“Our stage director Susanne Sommer has found a way to showcase some of the boys’ special talents,” adds Breckwoldt with a smile of her own. “Expect a few surprises. We aim to make people smile, perhaps even laugh outright.”