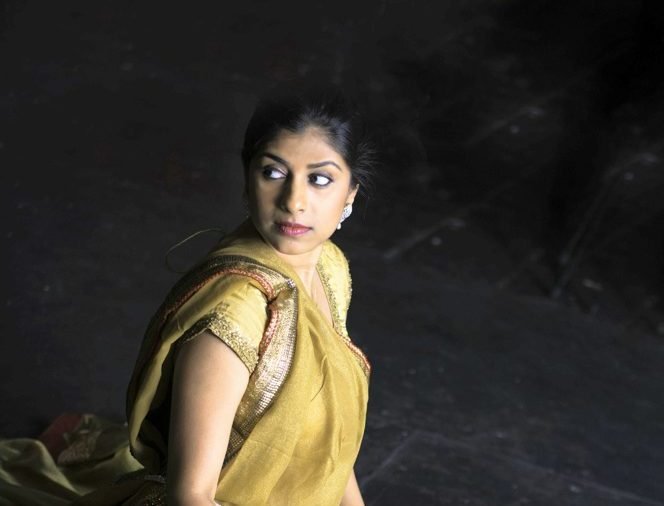 A bit of Markham will be transformed into a red-light district. For one night, anyway, when the Flato Markham Theatre transports audience members to a brothel in Mumbai, India. What some people may view as merely a home to questionable transactions is actually home to ordinary people.

Specifically Rani, a fictional teenager experiencing a coming of age as she and her sex worker mother try to sort out their different plans for her life. Both characters—and all of the others in the show—are played by scientist, writer and performer Dipti Mehta. Her one-woman play, Honour: Confessions of a Mumbai Courtesan, comes to Markham on March 10.

For Mehta, born in India but now living in New York City, the presentation is about shattering myths of what life can be under circumstances that outsiders would be all too quick to judge.

The playwright, who has a PhD in molecular and cellular biology, says she wants the fun and laughter to shine through what many would see as a story destined to be about darkness. She also wants to destigmatize brothels and the sex trade in the process.

“When people hear ‘confessions of a Mumbai courtesan’ and ‘red-light district,’ they think, ‘How sad.’” Mehta said. “But why? It doesn’t always have to be sad. The people who live there don’t live their lives like they’re in dungeons every single day … there are still families—mothers, daughters, and children—who hope and dream and who aspire to become better than where their lives are now.”

Though the setting may be foreign to viewers, the dynamic of a mother and daughter in conflict is universal, she adds, saying they “want different things and that’s not very different from a lot of families.”

That message has always remained central to the plot, though the script itself—including the length and number of characters—has gone through many rewrites and expansions during the show’s eight-year-long run. What started out as just 20 minutes is now an hour-and-a-half, featuring characters unimagined when the play was first staged. Rather than write a new script, Mehta says she wanted to allow Honour to grow—much of it alongside her own growth, not just as an artist, but also a woman.

When Mehta became a mother to a daughter in recent years, her perspective allowed the mother in Honour to improve as well. The character started expressing herself slightly differently to Rani. But the play still approaches the plot through the youthful innocence of the 16-year old Rani, whose demeanour allows the audience to view the show as one not about despair but hope.

“Tragedy happens everywhere, but that doesn’t mean we only focus on it,” she said. “Even people who are caught in the worst circumstances of life don’t just sit and cry all day. Every day they find humour in life. They still find reasons to smile in life. At least, that’s what I saw growing up.”