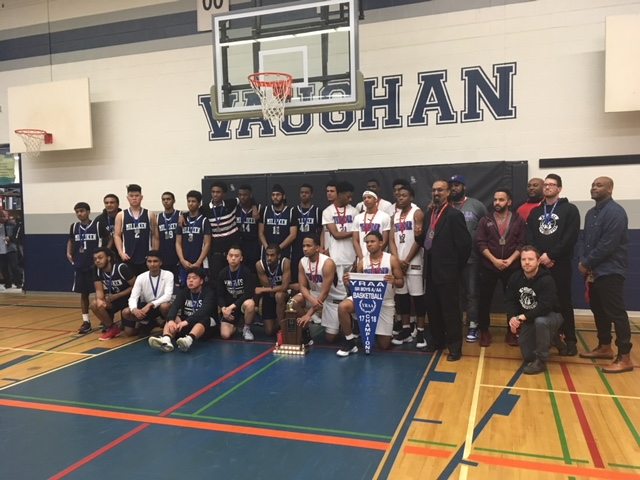 The local squad received a tough draw in the boys basketball OFSAA competition at Pembroke, getting the 16th seed.

In their opening matchup against sixth-ranked Corpus Christi, the Knights led 31-28 at the half. A rough third quarter put them in a hole they couldn’t dig out of. The Knights were edged 60-58, despite a game-high 27 points from Feng Liu. That defeat meant the Knights had to beat 17th-seeded Francis Libermann in order to stay in the championship bracket.

A consistent effort through all four quarters gave the Knights that opportunity, as they won 73-67, thanks in part to a 29-point effort from Josh Fadare.

The test would come in their next matchup against Lasalle, the top-ranked team in the tournament. The Knights fell behind early and could never recover against the number-one seed, ultimately being eliminated in a 79-48 defeat. As he had in the first game, Feng Liu led the Knights scoring, putting up 16 points in the loss.