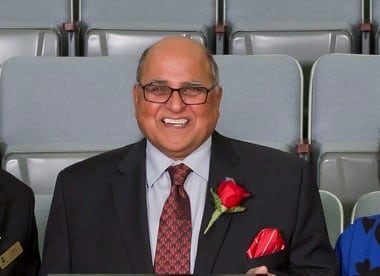 A Seniors Hall of Fame award recipient and former city councillor is returning to municipal council.

Khalid Usman has been appointed Ward 7 councillor until the end of the current council term on November 30. He served three consecutive terms – from 1998 to 2006 – in that position and is filling a vacancy created with the election of former Councillor Logan Kanapathi as Markham-Thornhill MPP.

Usman, a chartered accountant with more than 40 years of business experience, received the Seniors Hall of Fame award in 2016 for his service and leadership in the community. He has been an active member of the Markham Race Relations Committee, a former Markham District Energy Board director and is currently a member of the York Regional Police Services Board.

Usman also served as the York Region Peace Tree chair and as chair of Markham Stouffville Hospital Foundation. He’s a recipient of the community service award from the Lieutenant Governor and the Governor General’s Caring Canadian Award. He has also made significant contributions to the international community as one of the founding directors of the Canadian Federation of Intercultural Friendship.