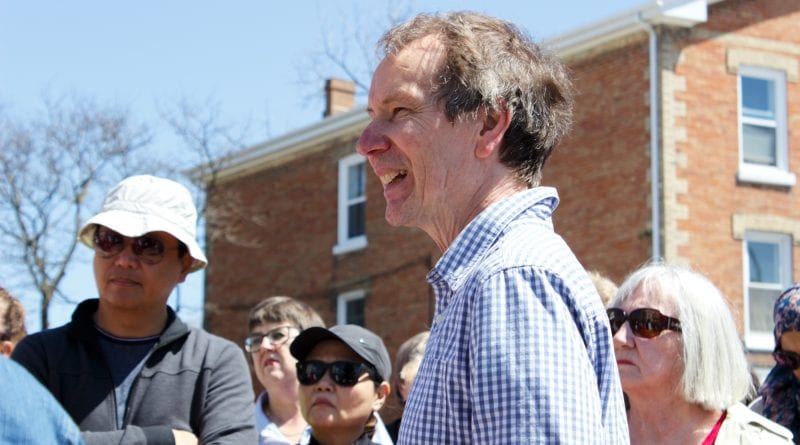 Jane Jacobs was an author and activist in Toronto.

She advocated for intelligent urban planning that placed humanitarian values above indiscriminate suburban and urban expansion. While her insights continue to resonate among the public and urban planners, Jacob’s achievements and legacy are honoured worldwide by an annual walk during the first week of May.

Lorne Smith, Markham’s official historian, has been involved in Jane’s Walks for the last four years. This year, he will lead a walk through the Rouge River Valley on May 1.

“It is a super area, with good trails and stories,” Smith explained. “There are wild animals, various kinds of trees, especially along the riverbank. We will also visit the site where 225 Bur oaks were planted last year.”

The plantation of Markham’s official tree was organized by Mayor Frank Scarpitti as part of the 225th Anniversary of the city of Markham. The plantation is also an extension of the Mayor’s Trees for Tomorrow program. Smith describes himself as a career-volunteer, working for people, and helping with history along the way.

On May 2, David Rawcliffe will lead a walk to look at the buildings and cemeteries left on the original site of Thornhill. This site was to the north of the Little (East) Don River.

George Duncan, City of Markham senior heritage planner, will guide the walk through the Heritage Estates on May 3. The Heritage Estates were created to preserve homes of historical importance from destruction by development. Homes dating back to 1825 were relocated and restored by their owners according to heritage home regulations.

On May 10, Katie Pandey will lead a walk in Cornell Village. Pandey is an architect by training and a senior planner for the Town of Bradford. She explains that Cornell was designed to revive a European concept of the village. This is reflected in parks, public spaces, narrow roads and services and a community centre within walking distance. She looks forward to explaining the rationale behind the design of spaces in Cornell, discussing the importance of urban spaces to quality of life and how the public can make a positive difference.

For the last four years, Paul Salvo has organized Jane’s Walk in Markham. After having been hit by a car during a triathlon, he decided to take action on traffic. He investigated Share the Road, and then joined the Markham cycling, pedestrian and advisory committee. He reports that more pedestrians than cyclists are hit by automobiles in Markham. “One of my patients was fatally struck on Boxgrove. This tragedy struck home. Jane’s Walk is about safety, community, and healthy living.”

For more information about the upcoming walk: janeswalk.org

Photo: George Duncan will guide the walk through the Heritage Estates on May 3.