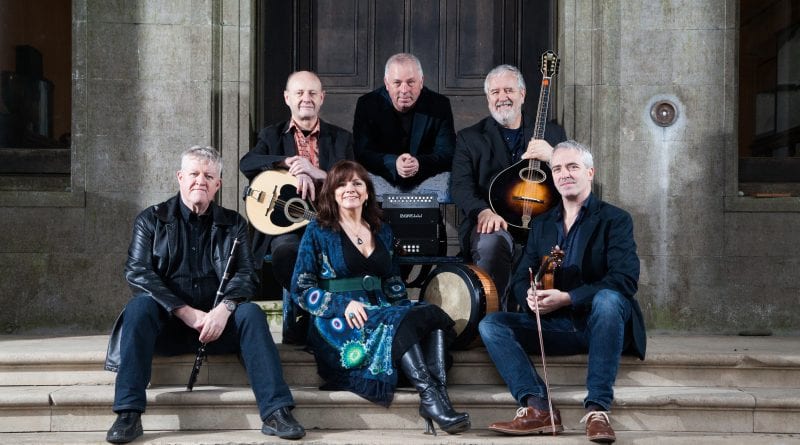 The Irish folk group Dervish will be performing beloved classics and releases from their new album “The Great Irish Songbook” on March 6 at the Flato Markham Theatre.

The band has been playing since 1989 and was formed in Sligo, Ireland. Dervish has toured the globe and acclaimed international fame by performing with artists James Brown, Neil Young, and Sting.

Their fan base can be found in many continents, including Asia, South America, and Europe.

The Great Irish Songbook stars Shane Mitchell, Liam Kelly, Brian McDonagh, Michael Holmes, Tom Morrow, Seamie O Dowd, and vocalist Cathy Jordon who are joined by guest artists Steve Earle, Vince Gill, the SteelDrivers, Rhiannon Giddens, David Gray, Kate Rusby, Imelda May and Andrea Corr among others. To create these pages of Ireland’s musical history, Dervish turned to artists to share their most cherished Irish folk music. These musicians that have a shared passion for the music keep the traditional spirit of the song alive while adding their own unique take. Jordon notes that ”these songs form the DNA and soundtrack of a lot of people’s lives in Ireland, so you don’t want to stray too far away from their essence or alter them too much. We were mindful of both and stayed true to the songs while having our own stamp on them.”

When asked about her favourite songs on the album Jordon says, ”Oh there are so many I adore, “Dónal Óg” is one of the oldest songs on the album and it’s a heartbreaking tune. With these songs, there are so many stories from the generations gone by. It teaches you so much about our history, our ancestors, and it carries all of their truths with them.”

Jordon explains that folk music is not measured in the number of hit albums, but by the number of people it touches. After 30 years in this business, Dervish has managed to do just that with their soulful Irish traditional folk music that showcases Ireland’s beautiful history.