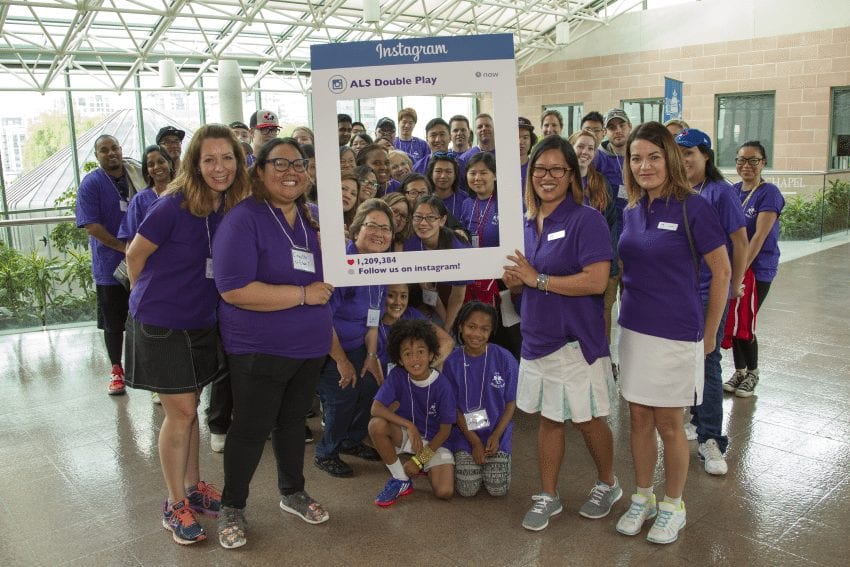 Enjoy balloons, food, friendship and a walk – while supporting a locally-inspired charity.

The 5km walk around the Markham Civic Centre (at Warden and Hwy 7) is a family affair. There will be a Children’s Village, with face painting and balloons, a big inflatable slide, music, food and water bowls for our furry friends.

“ALS is such a horrible disease – we want our walk to be fun,” said ALS Double Play’s executive Director and Founder Cherrie-Marie Chiu, organizer of the Walk.

ALS debilitates the entire body, killing motor neurons that send messages from your brain to your voluntary muscles. As these neurons die, your muscles begin to atrophy, rending them useless. While your muscles are useless, your brain is still intact. You are still able to love and feel and think, you are just not able to act on these thoughts and feelings. On average, most people lose their battle with ALS between two and five years of diagnosis.

While five to ten per cent of all cases are hereditary, most cases of ALS are completely sporadic. It can happen to anyone, anywhere in the world.

Chiu lost her brother, Christopher, on October 31, 2016. He was 37 years old and bravely battled the disease for five years. “Christopher was at the prime of his life when he was diagnosed. He was an avid sportsperson, an entrepreneur and took advantage of all life offered,” says Chiu. “When he was diagnosed, we were in shock. I had no idea what ALS was. None of us did.” It is for this reason and her brother’s memory that ALS Double Play was born.

ALS Double Play aims to raise awareness of ALS and support research. The registered charity has signed an agreement to fund Dr. Philip McGoldrick, a post-doctoral ALS researcher at the University of Toronto, for three years.

“My brother was deeply concerned by the fact that ALS is relatively unknown, and underfunded,” she says. “ALS robbed Christopher of his voice about two years after diagnosis. We communicated using a white board with letters.”

It was Christopher’s wish that raising awareness and funds for ALS was not lost when they lost him. “It may be difficult to remember the hard times, but it is worth it if we can stop others from having to go through what Christopher did.”

To register for the walk or for more information visit ALS Double Play’s website at www.alsdoubleplay.com