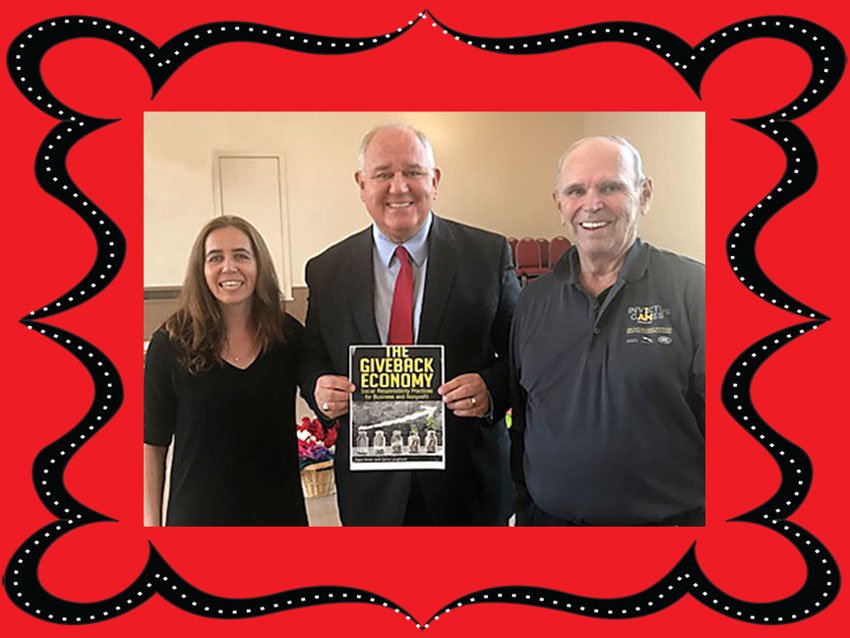 So you want to change the world, and you have just the idea to make that change a reality. According to local social innovator Peter Miller, those ideas make you a social entrepreneur.

But what’s the next step? How do you get that revolutionary idea to the community? That’s where an innovation hub comes in.

Earlier this year, a pilot project got underway with the blessing of the United Church. The Markham Community Innovation Hub was established to become a place where local social entrepreneurs could gather, connect and find resources to help their initiative get off the ground and prosper.

“The concept is using unused and underutilized space,” Miller explained to the Markham Review. “We decided this would be an opportunity for the church to engage with and give back to the community.”

Then, the search was on for “hubsters:” small businesses, social enterprises, non-profit organizations and charities who might be interested in using that space. The only criteria included being located in the Greater Toronto Area and having a “give-back” component as part of their operations. Eighteen newly-minted hubsters quickly signed up. And it’s about more than just space; monthly workshops, business coaching, mentoring and workshops, networking and showcasing opportunities are also included.

Miller acts as an advisor to the group, bringing his experience as a coach to more than 700 business start-ups and more than 2,000 business plans while employed by the CIBC for 27 years. After an early retirement, he opened the first of six businesses while teaching entrepreneurship and marketing at Seneca, Centennial and Sheridan Colleges.

Now, he wants to see hubs opening across Canada. One of the things that will help spread the word is his new book, The Giveback Economy, co-authored with Carla Langhorst. The publication will be available later this month and all royalties will go toward opening more hubs.

“It’s a business idea that has been on the fringe for a number of years, but is growing more mainstream,” said Miller. “Increasingly, the idea of social responsibility will be part of every business person’s agenda, especially as the millennial generation is increasingly of an age to own and participate in business.

“Social enterprise can be for-profit, non-profit or a charity. We show in the book how they’re using business techniques to run their enterprise with a give-back-to-the-community component and there are benefits for giving back to the community.”

Photo: From the left, Carla Langhorst, Markham Mayor Frank Scarpitti and Peter Miller at the October open house event for the hub.