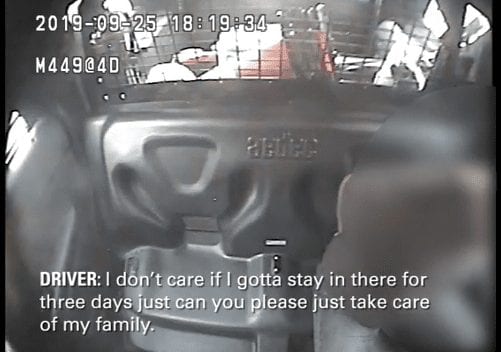 York Regional Police (YRP) Chief Eric Jolliffe is “at a loss to understand how drivers continue to make the stupid and dangerous decision to drive while impaired, either by alcohol or drugs” after a 38-year-old man from Vaughan was arrested for impaired driving after trying to pick his children up from school.

The man reportedly got into a verbal altercation with a staff member and his children were removed from the vehicle on Sept. 25 because the man appeared to be drunk. The father of three drove away but was located at his home by police shortly after 5 p.m. after a concerned citizen called 9-1-1.

A breath test at #2 District Headquarters showed he had more than twice the legal limit for alcohol in his system. In a video YRP released from the arrest (https://youtu.be/QPnZoepuZfc), the father is upset that his two-year-old saw him get into a cruiser and asked a police officer to take care of his family.

This incident comes almost four years to the day after the impaired driving collision that claimed the lives of Daniel, Milly, Harrison Neville-Lake and their grandfather, Gary Neville. “Our officers see this every single day. These selfish choices put our entire community at risk, including young children, as we have seen in this case,” Jolliffe says.

Jolliffe urges community members to call 9-1-1 immediately if they see a suspected impaired driver. Each year, more than 5,000 people call 9-1-1 to report impaired driving, YRP reports. So far in 2019, more than 4,200 calls to 9-1-1 have led to more than 1,290 impaired-related criminal charges being laid.