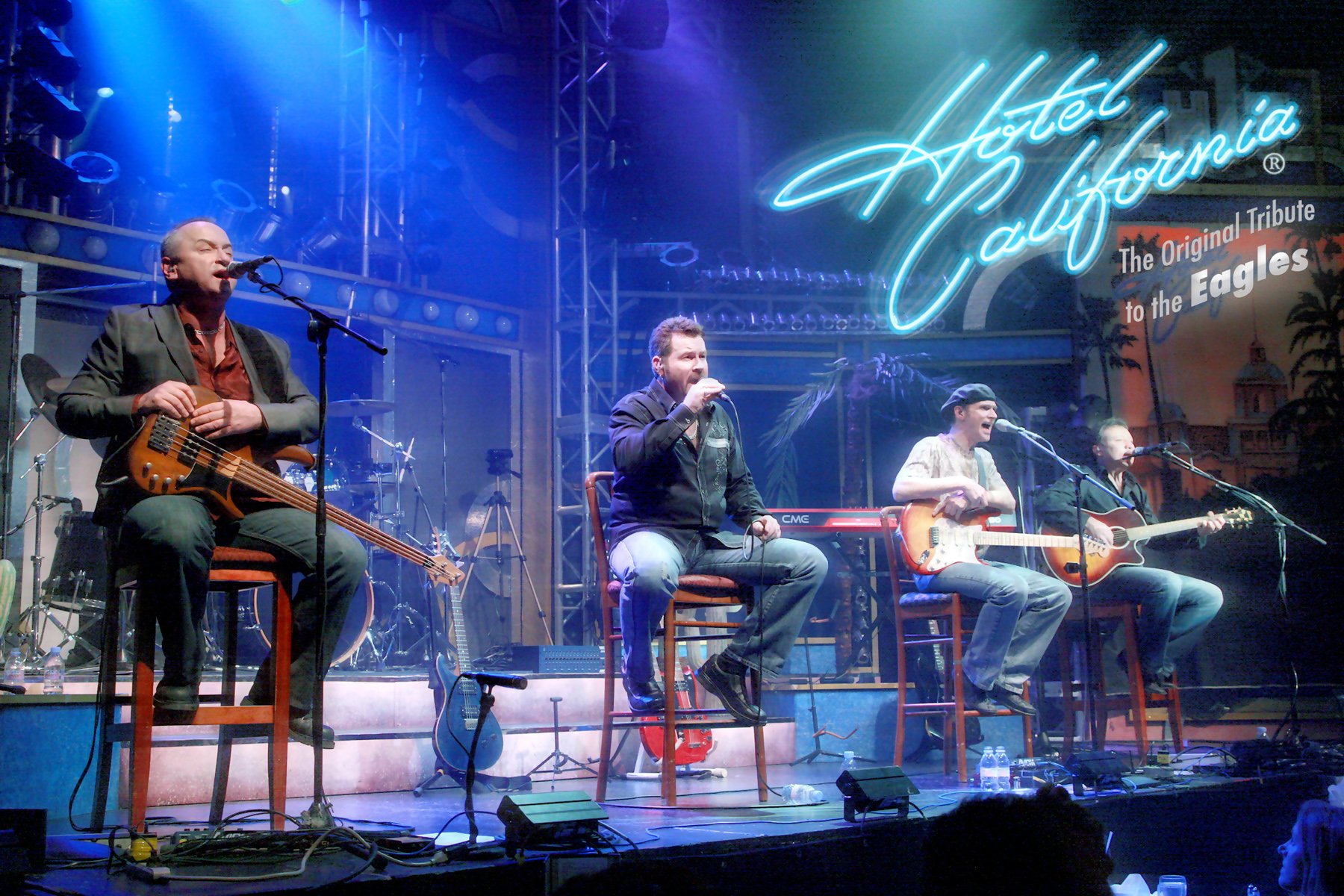 The Eagles scored seven number one singles, six Grammy’s, five American Music Awards and six number one albums. They are one of the world’s best selling bands of all time…selling 150 million records. You’ll hear all of these hits, remarkably replicated, in this spectacular show.

Audiences have acclaimed Hotel California for having the closest sound to Don Henley.  Close your eyes and you’d swear it was The Eagles, note for note. Hotel California performs such Eagles hits as Take it to the Limit, One of These Nights, Desperado, Heartache Tonight and Hotel California.

For almost three decades now Hotel California have been recreating the legendary sound of The Eagles, and thrilling audiences all over the world. The band set the bar in 1986, and they’ve remained the industry leading substitute for The Eagles ever since. Playing to huge outdoor and arena audiences, sharing bills with some of rock’s legends, and going places no tribute band has gone before. A long run by any measure, but it begs the question – what makes Hotel California so special? Well, incredible lead vocal similarity, intensely accurate instrumental work, soaring harmonies, and top flight live performances, just for starters. These are the band’s hallmarks, and the foundation on which their reputation has been built. With over a century of collective professional experience in the band today, they’re still going stronger than ever.

Hotel California’s show has evolved into a masterful celebration of The Eagles’ music. One of the most game-changing song catalogs in the history of rock n’ roll is performed to perfection before your eyes and ears. The band also offers tons of value-added promotional support and materials to every client, and the confidence that industry insiders have in them has made Hotel California one of the world’s most accomplished tribute productions. You can check them out any time you like, but you’ll never want to leave.

If you love The Eagles, then welcome to the Hotel California – you’ve just found the next-best thing.